We are giving you another chance to WIN a pair of tickets to Petty Theft – Tribute to Tom Petty and the Heartbreakers @ Lola’s Room on July 16. To win, comment below on this post why you’d like to attend. Winner will be drawn and emailed July 11. 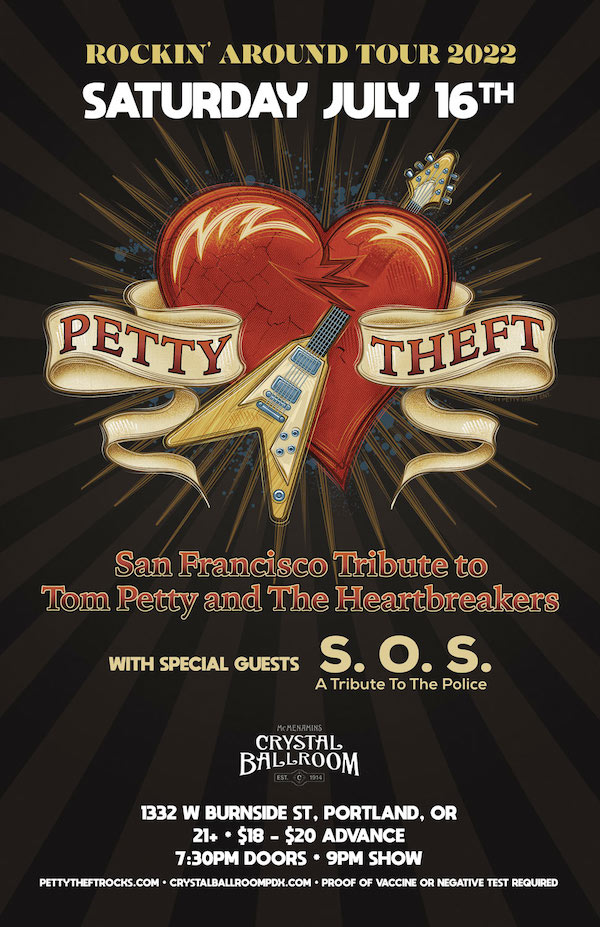 Petty Theft is comprises six professional Bay Area musicians that have come together to pay tribute to Tom Petty and the Heartbreakers. Petty Theft delivers Tom Petty’s songs true to the originals and in the spirit of his legendary band’s live shows, performing everything from his revered classics to his most current hits.