We are giving away a pair of tickets to Joep Beving @ The Old Church Concert Hall on October 23. To win, comment below on this post why you’d like to attend. Winner will be drawn and emailed October 17. 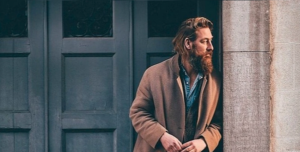 Joep Beving, a sensation of the contemporary classical streaming world, returns to his solo piano roots with Hermetism. The Dutch composer/pianist’s fourth album for Deutsche Grammophon was released in 2022. Inspired by ancient philosophy, Beving’s latest project is an album in search of universal ideas. “I hope that it will have a comforting and communal effect on listeners,” says the artist. Written during the dark days of the pandemic, in an age of fear and polarisation, Hermetismblends poignant melancholy with an offer of hope, spanning twelve newtracks recorded on Beving’s cherished Schimmel piano.

Beving has used music to explore some of life’s big philosophical questions in three hugely successful albums –Solipsism,Prehension and Henosis. After his trilogy for Deutsche Grammophon, he was leftwith a question: what next? The answer eluded him at first, so he turned to composing for a Dutch film and stage play. Yet ideas that had been brewing for years began to take shape. “I came back to the piano to feel at home and in tune with myself and my surroundings,” notes Beving. “I wanted to go by what felt right, which was to go back to the beginning, to solo piano songs, but using everything I had learned during the making of the trilogy.”