We are giving away a pair of tickets to The Old Church Moon Series Presents Pure Bathing Culture w/Shanea on November 19. To win, comment below on this post why you’d like to attend. Winner will be drawn and emailed November 15. 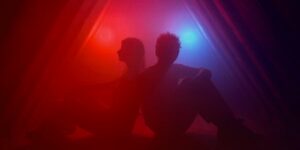 The Old Church requires proof of full vaccination through a physical copy or photo of a vaccination card, or negative COVID-19 test within 48 hours, along with a matching government issued ID. Indoor masking is also required.

Join us on November 19th to gather, sip libations, and soak up the warm sounds of Pure Bathing Culture under the Full Beaver Moon. (Bonus: There is also a partial lunar eclipse happening!)

The Old Church is proud to host a series that celebrates intentional healing through sound, ritual, poetry and creative visuals. Each concert in the series is carefully booked to coincide with either the Full or New Moon. The series is a collaboration between musicians / sound healers and other thoughtful artists with the intention of weaving together a magical and memorable experience within the sacred timber of TOC. It is a time to slow down, to soak in the lush sounds, and to open our hearts to the answers that lie within. We love you!

See past events at www.theoldchurch.org/moon/

Pure Bathing Culture, the musical identity of Portland’s Sarah Versprille and Daniel Hindman, make music instantly identifiable, yet utterly personal – and now they’re ready to bring new work and ecstatic live performances to their loyal audience. As Sarah and Daniel describe their new work, it’s about “… love and perseverance, the feeling that if we protect each other and if we protect what we love, there is nothing we can’t endure or become.”

The Pure Bathing Culture story begins when Sarah and Daniel befriended one another on the first day of freshman orientation at New Jersey’s William Paterson University. In 2009, they became bandmates when they both joined Vetiver for their Sub-Pop albums Tight Knit and The Errant Charm. It was while playing in Vetiver that Pure Bathing Culture emerged as its own entity. “Dan was working on some instrumentals that he would make on a looping pedal,” Sarah said. “One night, he was out and I just listened to this loop and wrote some lyrics to it. He came home and I showed it to him. We laughed at first, as we didn’t have some grand plan to start a band. It just happened naturally.” That song “Lucky One,” wound up in the hands of Richard Swift, who encouraged the duo to keep writing. “Richard pushed us along and became an inspiration,” Dan said. Swift wound up producing the band’s first EP and dreamy full-length, 2013’s Moon Tides at his National Freedom studio.

Since then the band has released two records on Partisan Records and toured nationally with such acts as Death Cab For Cutie, The Shins, Father John Misty, and many more. In 2017, Pure Bathing Culture took on the welcome task of re-recording the classic album Hats by The Blue Nile. Recorded in their home studio, Versprille and Hindman honored an album that has inspired their own music. “Our whole experience so far making music together as Pure Bathing Culture feels like a product of something inside of ourselves that we needed to let out into the world but also something completely beyond us as well,” says Sarah. “The feeling continues for us with The Blue Nile’s Hats.” Hats is available now on vinyl LP via Turntable Kitchen.