We’re giving you anther chance to win tickets to Rosie Darling @ Mission Theater on September 29. To win, comment below on this post why you’d like to attend. Winner will be drawn and emailed September 26. 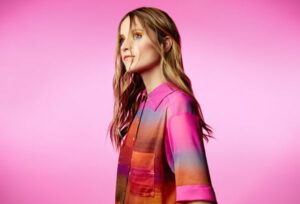 You couldn’t mistake Rosie for anybody else. She’s quietly confident, exuberantly passionate, and creatively inclined to infinity. She’s highly aware of herself and the world around her, and she speaks her mind with clarity and focus. She’s the kind of anomaly who pushes pop music forward by uncompromisingly embracing her own artistic impulses and following them to unprecedented heights. It’s why the Boston-born and Los Angeles-based singer and songwriter has effectively emerged as a phenomenon with tens of millions of streams and widespread praise courtesy of FLAUNT, Wonderland, EARMILK, PopMatters, and many more. Rosie Darling’s debut single “Coping” introduced the world to her powerful, raw vocals and heart-on-her-sleeve writing and tallied over 40 million streams to date. Now chronicling her journey as an individual striving for connection in crowded Los Angeles, Darling’s second EP keeps her emotions at the forefront as she navigates the isolation of a pandemic and wasted youth. Titled Golden Age, the record captures big, pent-up feelings from the past two years.

Caleb Hearn
When you’re born and raised in Mount Airy, North Carolina, a city with only 10,000 residents, you might assume it would be difficult to thrive as a singer-songwriter. For Caleb Hearn, however, it was an easy feat. Since his debut single, he has garnered a feverish fanbase of over 1.6 million on TikTok who’ve become captivated by Caleb’s unique ability to take distinct, intimate stories and craft them into universal songs that everyone and anyone can relate to.

In his adolescence, Caleb used music as an escape, leaning on the craft of storytelling and song writing to channel whatever he was going through at that moment. “I always loved writing, whether it be journaling or writing short stories. I learned that I could bridge the two – music and writing – and then I fell in love with the process.” After a brief stint working as a salesperson, Caleb realized that music was his passion. “I knew I had to make a career out of it because I didn’t want to be a part of the normal everyday cycle. I wanted to do something bigger, and something that I loved doing, which is music.”