We are giving away a pair of tickets to Pabllo Vittar @ Revolution Hall on April 19. To win, comment below on this post why you’d like to attend. Winner will be drawn and emailed April 11. 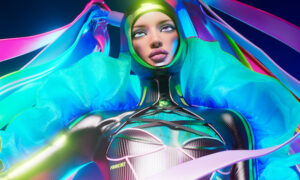 International pop star and drag queen, Pabllo Vittar, is a 27-year-old Latin Grammy nominee, MTV EMA & MIAW Award-winner, and a ‘Next Generation Leader,’ according to TIME Magazine. In 2017, Pabllo released her debut album, ‘Vai Passar Mal,’ which included ‘K.O.’ and ‘Corpo Sensual,’ and with both peaking at #1 in the Brazilian market. In 2018, her second album ‘Não Para Não,’ was released and broke the record of the most streamed album on Spotify Brazil in the first 24 hours with all tracks charting on the Spotify Brazil Top 40. In 2020, her third LP, ‘111,’ which has been streamed upwards of 750+ million times, was her first trilingual release in Portugese, English, and Spanish. Pabllo Vittar is currently the most followed drag queen on social media worldwide with 35+ million followers across all platforms. She has starred in campaigns for international brands such as Calvin Klein, Adidas, Coca-Cola, Sky Vodka, and more and has been highlighted by major media outlets such as Billboard, The New York Times, The Guardian, Vogue, Gay Times, Rolling Stone, Paper Magazine, & GQ. With over 3+ billion streams and views combined, Pabllo Vittar has joined forces with international acts, including Major Lazer/Diplo, Anitta, Charli XCX, Thalia, Rina Sawayama, Marina & The Diamonds, Lauren Jauregui, Iggy Azelea, and more! And this is all before she even starts on LP4!