We are giving away a pair of tickets to Marc Maron (Late Show) @ Aladdin Theater on September 24. To win, comment on this post why you’d like to attend. Winner will be drawn and emailed September 20. 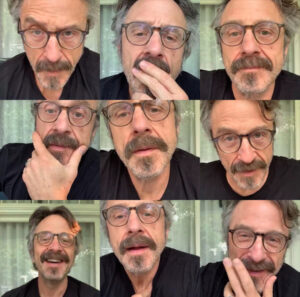 For over thirty years, Marc Maron has been writing and performing comedy for print, stage, radio, online and television. With his landmark podcast WTF with Marc Maron, which averages 6 million downloads per month, he’s interviewed icons such as Robin Williams, Keith Richards and former US president Barack Obama.

Maron starred in the Netflix series “GLOW” and his scripted series, “MARON”, aired for four seasons on IFC. He’s had recent roles in JOKER, SPENCER CONFIDENTIAL, SWORD OF TRUST, and STARDUST and stars in the forthcoming Aretha Franklin biopic, RESPECT, alongside Jennifer Hudson.