We are giving away a pair of tickets to dKOTA Album Release @ The Old Church Concert Hall on January 13. To win, comment below on this post why you’d like to attend. Winner will be drawn and emailed January 9. 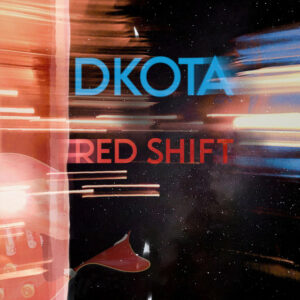 dKOTA’s new album, Red Shift, was recorded at the venerable Jackpot! Studios in Portland, Oregon, as well as The Map Room and the exclusive Halfling Studios, also in Portland. The album features a handful of local session talent, including the Bizarre Star Strings (Band of Horses, Drive-by Truckers, The Decemberists, The Shins, etc.). The album was meticulously engineered and mixed by Adam Lee (Portugal. The Man, The Decemberists, Built To Spill, etc.), and mastered at Eureka Mastering (STRFKR, of Montreal, Local Natives, etc.).

Red Shift traverses a sonic and emotional spectrum from a delicate acoustic guitar and voice, to haunting strings layers, to blistering rock anthems and electric guitar solos. The album reflects upon ever-increasing isolation and social distance caused by personal loss and death, technological bubbles, and a pandemic. Consequently, the album is intense, dynamic, moody, and sonically diverse. Yet, project leader, Dustin Johnsen, tethers the album together with his underlying folk-style, singer-songwriter foundation. Stripped of all else lies the sorrow of a human being drifting further and further from other luminous bodies, much like the red-shifted stars in our expanding Universe.

dKOTA has been creating and performing music in the Portland, Oregon area for over a decade. Red Shift represents the first professionally performed, recorded, and produced album.

$1 from every ticket sold for this and other January shows will be donated to Music Portland.