We are giving away a pair of tickets to Charlotte Day Wilson @ Lola’s Room  on March 23. To win, comment below on this post why you’d like to attend. Winner will be drawn and emailed March 14. 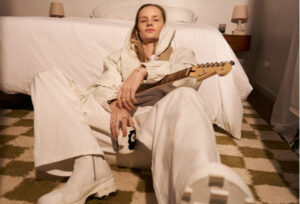 28-year-old Charlotte Day Wilson is a Juno-nominated vocalist, producer, and multi-instrumentalist from Toronto, Canada. A sound steeped in moody soulfulness, her R&B roots mingle intricately with her powerful vocals. Working previously with heavy hitters like Daniel Caesar, D Mile & Babyface – just to name a few – has highlighted her prowess in production and collaboration. Her previous EPs, CDW and Stone Woman, displayed a crystalline intent, a stirring demonstration of power and poise that garnered her acclaim left and right. Charlotte released her debut album ALPHA to widespread critical acclaim in July of 2021.