We are giving away a pair of tickets to BoDeans, Chris Trapper @ Mission Theater on February 4. To win, comment below on this post why you’d like to attend. Winner will be drawn and emailed January 30. 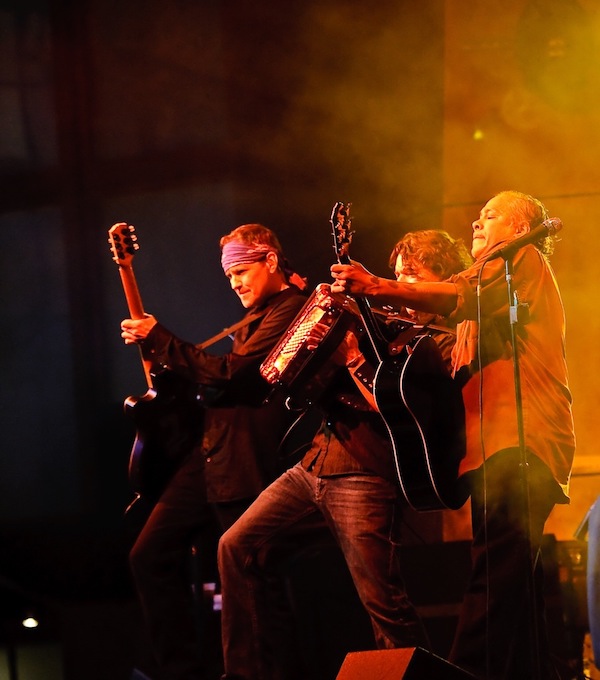 Reflective of Neumann’s feeling that his and Llanas’ songwriting on their compelling ninth studio album is among their most exposed and vulnerable ever, the two are in perfect harmony when singing the words “Mr. Sad Clown” on the bluesy ballad “Today.” It’s a term Neumann remembers from a party back when the two were in high school in the late 70s in Milwaukee. Llanas was being his usual social self while Neumann, typically reclusive, was sitting alone by a speaker listening to Pink Floyd. Neumann recalls, “A drunk girl came up to me and asked, ‘What’s the matter, Mr. Sad Clown?’ The song is about not always being socially acceptable, just as our music was never about gimmicks and fitting into popular styles. I never wrote from this point of view before and I like it.”

The irony continues throughout this eclectic project. Neumann, who lives 20 minutes outside Austin, told Llanas, still based in Milwaukee, that he was eager to write more songs from the perspective of an adult–about the paths we choose, the hard decisions we make, and even raising kids-as opposed to the kind of song you write when you’re 20 and just looking for a good woman to hang out with for the night. “We’ve been down a lot of roads since then and I thought it was time to reflect this stage in our lives. Sam told me that he thought we had written enough songs about love,” says Neumann. “When he came down to work in my studio, two of the songs he brought were the rocker ‘Feel Lil Love’ and the ballad ‘Easy Love.’ It was pretty funny.”