We are giving away a pair of tickets to Bear’s Den @ Revolution Hall on October 3. To win, comment below on this post why you’d like to attend. Winner will be drawn and emailed September 26. 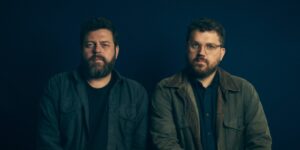 Formed in London 2012, Bear’s Den have amassed a dedicated and international fan base with their anthemic songs. With 4 studio albums under their belt, as well as a collaborative project with composer Paul Frith, they have been a regular fixture in the charts of UK and Europe since their inception. Their debut album ‘Islands’ also garnered a nomination for an Ivor Novello Award for Best Song Musically and Lyrically.

Having toured around the world playing theatres, arenas and festivals (including Reading and Leeds, Glastonbury Festival, Pukkelpop, Lowlands and Bonnaroo), in 2019, following the release of their third album ‘So That You Might Hear Me’ they returned to their origins for a tour of tiny ‘Highlands and Islands’ venues across Scotland and a supporting documentary. No stranger to music documentary making, the band also featured heavily in the award-winning documentary Austin To Boston alongside Ben Howard, Nathaniel Rateliff and The Staves.

Released in May 2022 via Communion Records, the band’s fourth album ‘Blue Hours’ sees them once again team up with producer Ian Grimble. The album is built conceptually around the idea of the “blue hours” – an imaginary headspace where self-reflection takes place and it’s proven to be their most cathartic and boldest record to date.

Izzy Heltai creates moments you could hum to yourself in a moment of introspection or scream off the top of a parking garage at 2am – either would feel like a catharsis. His music is as nimble as it is grounded – walking the seam between confessional lo-fi musings and raucous basement rock. Sonically unpretentious and lyrically relatable, Izzy invites you into his world like a conversation with a best friend over a cigarette on the back porch – the moment of clarity you didn’t know you needed.