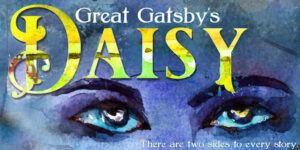 Experience Theatre Project proudly presents the electric world premiere of Great Gatsby’s Daisy, to be performed at the Beaverton Masonic Lodge in historic downtown Beaverton. The show has been creatively adapted into an immersive live theater experience by ETP’s founder and artistic director, Alisa Stewart. Great Gatsby’s Daisy offers a fresh and potentially controversial perspective on the F. Scott Fitzgerald novel, one that evokes the feeling that although the story was written 100 years ago, we are indeed boats against the current, borne back ceaselessly into the past.

Set in 1922, in the heart of the jazz age and prohibition, the story follows the classic tragic tale of Jay Gatsby told from the perspective of Daisy Buchanan. Daisy’s version reveals a very important and incredibly shocking insight into the paths taken by the main characters, challenging Nick Carraway’s reliability as an impartial narrator. The surprising twist has factual historical roots in F. Scott Fitzgerald’s intent when he wrote the original story that may be familiar to some and a revelation to others.

“I didn’t want to create a version of Gatsby that was entirely expected,” says Alisa Stewart, adapter and director. “But I also did not want to create a story that was entirely outside of the published book and concept. If we give Daisy a life unfulfilled, we would be forced to invent things completely outside of the original novel. Fitzgerald knew his contemporaries failed to understand what The Great Gatsby was about, as the book intentionally invites readers to reach their own conclusions. So I researched Fitzgerald, and his journey while creating the novel, and I found a dangerous yet plausible theory that could blow the audience’s minds. Mr. Gatsby is not entirely who he seems to be, and his lack of money was not the sole reason Daisy couldn’t marry him. Daisy is not the superficial female she was represented to be. In fact, she just may be more conniving than you realize.” Great Gatsby’s Daisy also explores the secretive natures of both Jay Gatsby and the beautiful Jordan Baker, portrayed as a jazz singer in this production.

The immersive presentation features live music performance and will be presented promenade fashion, with the audience moving from scene-to-scene, following the actors. Due to the intimate nature of this show, attendance is limited to 30 people per performance. Comfortable shoes recommended.

Masks and proof of COVID-19 vaccination (or proof of negative PCR test within 48 hours) required by all attendees.