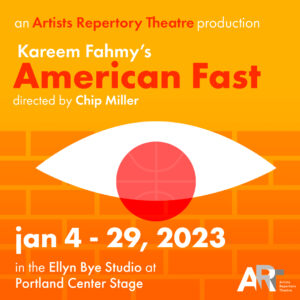 An ART commission and National New Play Network (NNPN) Rolling World Premiere, American Fast centers on a top-ranked college basketball star leading her team into the finals. Khady Salama, a 21-year-old sensation, is set to compete in the national championship, which this year falls during Ramadan. Her religious mother expects her to fast—even on game days. As the tournament unfolds, Khady becomes a role model for young Muslim women everywhere, except she’s lying about fasting. Winning at all costs will force Khady to grapple with her faith and confront some uncomfortable truths about who she’s meant to be.