We are giving you another chance to WIN a pair of tickets to Super Diamond – The Neil Diamond Tribute @ Crystal Ballroom on January 7. To win, comment on this post why you’d like to attend. Winner will be drawn and emailed January 6. 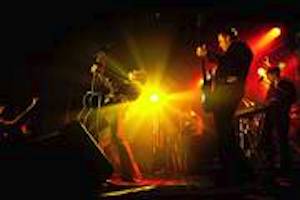 Explosive sound and energy matched with expertly crafted songs (“Roxanne”, “Message In A Bottle”, “Every Breath You Take”) make up the one and only rock powerhouse band, The Police! Portland based S.O.S. – A Tribute to The Police brings the legendary power trio back to life with the high-powered and unique lead vocals, soaring guitar tones, and intense rhythms that catapulted Sting, Andy and Stewart to rock royalty. Featuring Mitch Wilson as Sting, Anthony Medici as Andy Summers and Cory West as Stewart Copeland. A show not to be missed!