We are giving away a pair of tickets to Spirit Mother @ The Goodfoot Pub & Lounge on November 10. To win, comment below on this post why you’d like to attend. Winner will be drawn and emailed November 8. 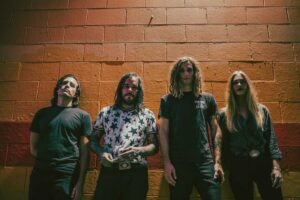 Spirit Mother is a heavy-psych rock group with a sound described as “Jangly, heavy, and rhythmic, with violin ominous, out front, and present.” The four-piece from all over the both US coasts, met and formed in Long Beach, CA. After playing locally for a time, the band was able to lock in consistent festival sets across the West coast and Southwest. 2020 put a halt on many plans but the band stayed busy, relocating to an isolated farmhouse in the Pacific Northwest to put together a new collection of music. The first two songs of this collection were released exclusively for their acclaimed live record/concert film, “Live In The Mojave Volume 3,” a Stoned And Dusted production released jointly by Giant Rock Records and Heavy Psych Sounds Records. Their set was described as “a distinct chance we’ll look back on this is as an early gem from a band going places.” $10

PLEASE NOTE: Due to the rapid increase in cases and the emergence of the more transmissible Delta variant, entry to the Goodfoot will require proof of vaccination, including shows, upstairs and outside tables. Be prepared to either show a vaccine card or a photo of your card. The name on the card must match the name on your ID. We do this to protect our staff, the artists and you. We apologize for the inconvenience and thank you in advance for your cooperation.