We are giving away a pair of tickets to New Found Glory @ Aladdin Theater on February 8. To win, comment below on this post why you’d like to attend. Winner will be drawn and emailed January 30. 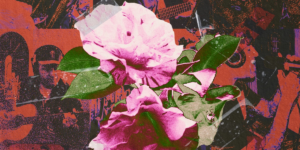 As NEW FOUND GLORY can attest, life moves quickly. Just three years after forming in Coral Springs, Florida, in 1997, the group were fast-tracked from local upstarts to mainstream stars on the back of ebullient pop melodies and hardcore-tinged breakdowns, setting off a blast of pop-punk dynamite that still lights the torch for modern acts more than two decades later. They became the voice of an underground movement, spurring iconic gold and platinum records (2000’s New Found Glory, 2002’s Sticks & Stones, and 2004’s Catalyst), countless MTV appearances, an entire subgenre (easycore) and sold-out tours the world over.

But, as the band have also learned, everything can get upended in the blink of an eye. In December 2021, fresh off the celebratory Pop Punk’s Still Not Dead Tour in support of their 10th album, Forever + Ever x Infinity, guitarist Chad Gilbert was found unresponsive in bed at home, rushed to a local hospital, and diagnosed with an 8-inch cancerous tumor, a rare pheochromocytoma. Hospital stays, surgery, and a long road to recovery followed – but, in typical New Found Glory fashion, so did the songs.

The band’s forthcoming acoustic album, MAKE THE MOST OF IT (Revelation Records), tackles the last year head-on with their most emotional and cathartic collection of songs to date. Written in the wake of Gilbert’s cancer diagnosis and mixed by Mark Trombino (blink-182, Jimmy Eat World), MAKE THE MOST OF IT is a rumination on what it means to grieve, to live, to approach every day with appreciation and a sense of fulfillment. There’s gratitude for the CPR Gilbert’s wife performed on him (“Mouth To Mouth”), for the doctors who got him back on the road in time to celebrate the landmark 20th anniversary of Sticks & Stones (“Get Me Home”), and for life in general – the opportunity to wake up every day in this beautiful, messy, heartbreaking world (“Kiss The Floor”).

“Even though the songs are sadder, they’re still hopeful,” Gilbert says. “You hear so much online about mental health and fear and anxiety. I feel proud that we can release an album with joy and honesty in a way that will hopefully make people less fearful of life. A lot of times we punish ourselves for things that might never happen. I’m going through something that did happen, but doing it with hope and joy and a greater appreciation.”

Gilbert and his bandmates – vocalist Jordan Pundik, bassist Ian Grushka and drummer Cyrus Bolooki – are all husbands and fathers, and as elder statesmen of the pop-punk genre (though still able to incite a circle pit with ease), MAKE THE MOST OF IT finds the quartet contemplating the future, what they hope their loved ones will hang on to and how they’ll be remembered. It’s all there on “Watch The Lilies Grow,” the record’s centerpiece dedicated to Gilbert’s daughter, Lily, and the most poignant New Found Glory song ever. Just as fan favorites like “Sonny” and “When I Die” were there to guide audiences through life’s valleys decades ago, songs like “Dream Born Again” and “More Than Enough” speak to listeners with the same sense of understanding, compassion, and community that’s kept New Found Glory such a resonant and beloved mainstay in punk rock.

“I didn’t want this to be the ‘cancer record’ originally,” Gilbert admits, noting his cancer returned in 2022 with additional battles still ahead. “But when we went on tour and people started hearing the story and connecting to it, I gave up on trying to control the narrative. Not all bands are dealt these cards, but we were. Let’s take these songs and help the disease get awareness and raise money for a cause that’s working on education and research for my rare cancer.” (A percentage of proceeds from the record will go to The Pheo Para Alliance, the longest standing internationally recognized leader in advocacy for, and awareness of, pheochromocytoma.)