We are giving away a pair of tickets to Mild High Club @ Revolution Hall on May 7. To win, comment below on this post why you’d like to attend. Winner will be drawn and emailed May 2. 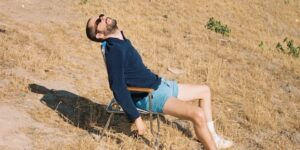 Influenced by AOR and jazz, Brettin began working on Mild High Club material in 2012 by himself, using guitars, keyboards, computers, and a four-track recorder, while shuttling between Chicago, Baltimore, and Los Angeles.

Mild High Club has performed live all around the world and played to packed crowds of fans at festivals like Coachella to Tropicalia.

Born in Oklahoma, raised in Paris, living in New York City, assistant to a Nobel Prize Winner, licensed New York City tour guide and Murder Mystery business owner, JW Francis is one of the newest signings to Sunday Best Recordings. His brand of lo-fi, utterly irresistible bedroom dream-pop takes its lead from the city JW lives in, with echoes of Jonathan Richman, The Velvet Underground and the lo-fi sound New York has been inspiring for decades.

Following a string of singles, New York’s very own JW Francis finally releases his sophomore album WANDERKID on Sunday Best Recordings. The LP is the follow up to his critically acclaimed debut We Share a Similar Joy, which saw JW firmly mark himself out as New York’s next lo-fi legend gaining mass support from BBC 6Music, Apple Music, Spotify, DIY, The Line of Best Fit, The Independent, HMV, Wonderland, and many others.

A collection of 11 irresistible tracks, WANDERKID is a concept album which explores themes of escapism and the urge to break free as JW elaborates;

“WANDERKID is an album about escape. It’s supposed to be a gut punch of a record about an anti-hero named WANDERKID who wants to get OUT: out of his living situation, out of his head, out of his life. This album is like looking out the car window with an urgent desire to be on the other side. It was finished during the most recent global pandemic, so hopefully folks find it relatable.”