We are giving away a pair of tickets to mehro, Faith & Majesty @ Mission Theater on April 22. To win, comment below on this post why you’d like to attend. Winner will be drawn and emailed April 18. 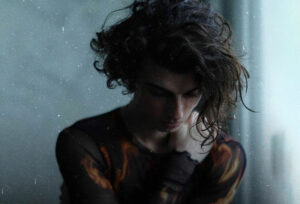 It is to no one’s surprise that listeners around the globe have fallen for mehro. Cut from the same cloth of earnest songwriters like Elliot Smith, Jeff Buckley and Rufus Wainwright, mehro brings a maturity to music that is missing from the current pop-centric scene. From his deft, poignant lyrics to his sweet, indie sound, mehro’s evocative imagery draws you in as you join him on his journey. Through his masterful compositions, mehro captures the essence of a soul much older and wiser than he seems.

SKY ON FIRE, mehro’s highly-praised project about the bleakness of 2020, catapulted the artist to new heights with over 34M streams on all platforms, 350K TikTok views in a single night, and half a million views overall on the platform.

The LA native only released his first song in 2020, but his undeniable talent has been recognized by NPR’s All Songs Considered, American Songwriter, FLOOD and The Line of Best Fit—who shared a virtuoso debut live video.

Tastemakers like Flaunt, Ones To Watch, C-Heads, and Variance Magazine have also heralded him as one “of the most exciting new artists to arrive.” Having quickly earned a following of 210K followers on Instagram, the mehro wave shows no sign of breaking as the worldwide love continues to pour in.

Faith & Majesty
Faith & Majesty are singer-songwriters and sisters raised in South Florida, currently located in Portland, OR. They started writing together in 2016 and fell in love with it. Music had not always been the plan for the two sisters majoring in healthcare, however they found an overwhelming spark in the power and healing of the art. The indie/folk duo use melodies and harmonies to speak to that part of you that connects to the beauty of not always having it together. They use their talents to produce harmonies and melodies to reach places unspoken and sing about life’s questions and unexpected answers.