We are giving you another chance to WIN a pair of tickets to Kurt Vile and The Violators Chastity Belt @ Crystal Ballroom on May 17. To win, comment below on this post why you’d like to attend. Winner will be drawn and emailed May 9. 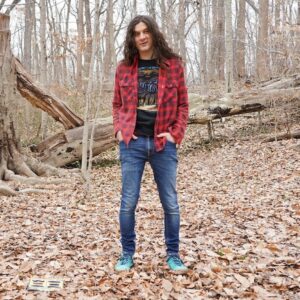 The artist has requested that all ticket holders meet one of these conditions:

1) Be at least two weeks past receiving their second dose in a two-dose series (Pfizer-BioNTech or Moderna), or a single-dose Johnson & Johnson vaccine. Vaccination card or photo of vaccine card on phone must be provided along with photo ID.

2) Show proof of a negative PCR COVID test within 48 hours preceding the show, along with photo ID. Test must be medically administered. At-home tests not accepted.

Since his earliest self-produced CD-Rs, Philadelphia psych-popmaster Kurt Vile has referred to himself as “Philly’s Con-stant Hitmaker”—and while he gave himself that name with a sly wink, he was also nodding toward the songwriting prowess that would result in him becoming one of his home city’s most celebrated rock artists. “I’m always thinking about catchy music, even though it’s fried, or sizzled, out,” he says. “It’s my own version of a classic thing—it’s moving forward and backward at the same time.”

On his latest album, (watch my moves), Vile pulls his talents as a singer, songwriter, multi-instrumentalist, and producer in unexpected directions—and the result is a vibrant, yet meditative album propelled by Vile’s laid-back charm and curious spirit. Every lyric has been chiseled down into an aphorism, every bloom of distorted guitar or murmuring synth helping create that “fried” pop. “It’s about songwriting. It’s about lyrics. It’s about being the master of all domains in the music,” he says of his ninth album and first in partnership with a major label, Verve Records.

(watch my moves) comes from a period when Vile, whose touring and recording schedule during the 2010s was seemingly constant, stayed in one place. His mind was always swirling, though, puzzling out pointillistic lyrics, dreaming up spit-shined choruses, and checking in on other dimensions. “My favorite pastime these days is sitting drinking coffee in the morning post-breakfast by the window, reading and listening to Sun Ra, sun shining through the forest trees,” says Vile. “In that moment, it’s all the traveling I’ll ever need. This record encapsulates all that—letting two years roll by and staying in my zone, traveling all the while in my brain, at the piano or in my guitar.”

Chastity Belt
Chastity Belt’s energy is like a circuit, circling around the silly and the sincere. Tongue-in-cheek shit-shooting and existential rumination feed into each other infinitely. Theirs is a long-term relationship, and that loop sustains them. That’s a creative thesis in and ofitself, but isn’t that also just the mark of a true-blue friendship?

The band talks a lot about intention these days-how to be more present with each other. The four piece-Julia Shapiro (vocals, guitar, drums), Lydia Lund (vocals, guitar), Gretchen Grimm (drums, vocals, guitar) and Annie Truscott (bass)-is nine years deep in this, after all. It seems now, more than ever, that circuit is a movement of intentionality, one that creates a space inside which they can be themselves, among themselves. It’s a space where the euphoria of making music with your best friends is protected from the outside world’s churning expectations. It’s a kind of safe zone for the band to occupy as their best selves: a group of friends who love each other.