We are giving away a pair of tickets to Comedy: The Musical ~ 80’s Hair Metal Edition @ Cruzroom on March 26. To win, comment below on this post why you’d like to attend. Winner will be drawn and emailed March 25. 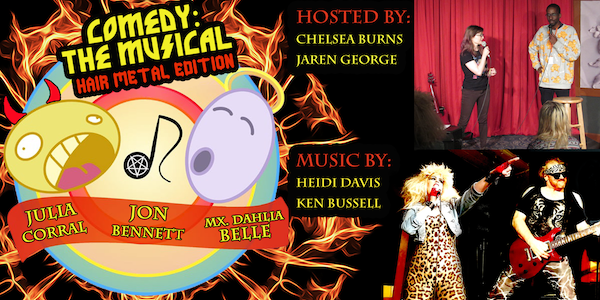 Tickets are available for $5 online or at the door. Thank you for supporting local comedy and music!