We are giving away a pair of tickets to Circles Around The Sun, w/ Frank LoCrasto on September 10. To win, comment on this post why you’d like to attend. Winner will be drawn and emailed September 2. 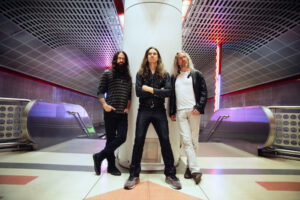 Los Angeles-based instrumental supergroup Circles Around the Sun returns with the release of their self-titled, third full-length studio album, Circles Around the Sun. The seven-track collection marks a stylistic shift from their previous LPs. It’s an evolution that sees the band embracing a sleeker, shinier, even DANCIER version of themselves – a cosmic disco of the body and the soul, still anchored in the groove, but ascending to the stars. The thing is, their sound isn’t the only thing that’s evolved. Since their last LP, Circles has undergone a transformation internally. It’s a tale of life, death and rebirth, of love and loss, of shedded skin and new beginnings. But let’s start with the new album, shall we?