We are giving away a pair of tickets to Blu Egyptian @ The Goodfoot Pub & Lounge on September 14. To win, comment below on this post why you’d like to attend. Winner will be drawn and emailed September 12. 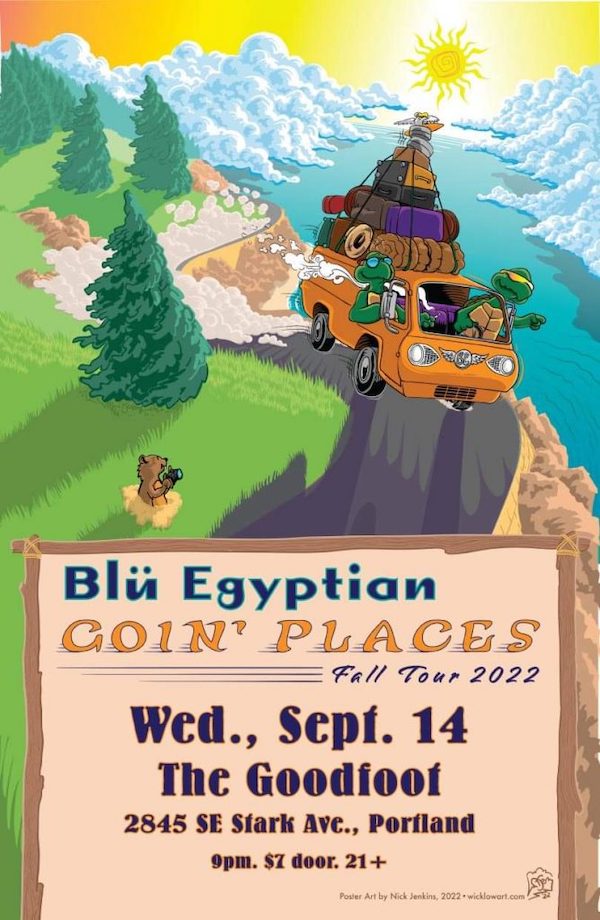 Blu Egyptian released their first full length album “Blü Egyptian” in June 2021 and have been touring throughout Northern California since. The new album “Dame Un Segundo” was released in 2022 with continuous touring of N. California, Oregon and Nevada. They play original music encompassing bluegrass, rock, funk, latin and reggae for the ultimate dance party! This summer they have played High Sierra Music Fest, The Hogfarm Hideaway and many other West Coast festivals.