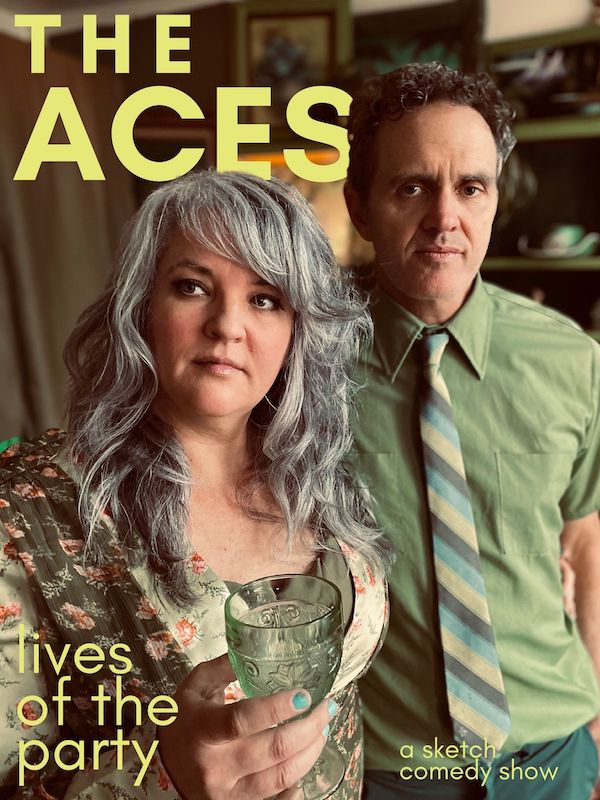 “Very good at what they do.” (Oregonian)

The Aces are a sketch comedy duo comprising Shelley McLendon and Michael Fetters who have been doing their thing for over 10 years. You’ve seen them at the Chicago Sketch Fest, The Portland Mercury’s Undisputable Geniuses of Comedy, the Portland Sketch Fest and in just about every theater in Portland. Their brand of sketch comedy is subtle, physical and surprising – I Love Lucy meets Wes Anderson, David Attenborough nature documentaries meets Adult Swim,  or as one audience member described:  “comedy for smart people.”

In their 10th original show- Lives of The Party- The Aces celebrate not only their 10th anniversary, but also other significant moments of all of our lives. The Aces are gonna be your prom date, sit next to you at church, catch your wedding bouquet… you’re gonna leave feeling so good you’ll write about it in your Christmas card.

Written and performed by Shelley McLendon and Michael Fetters