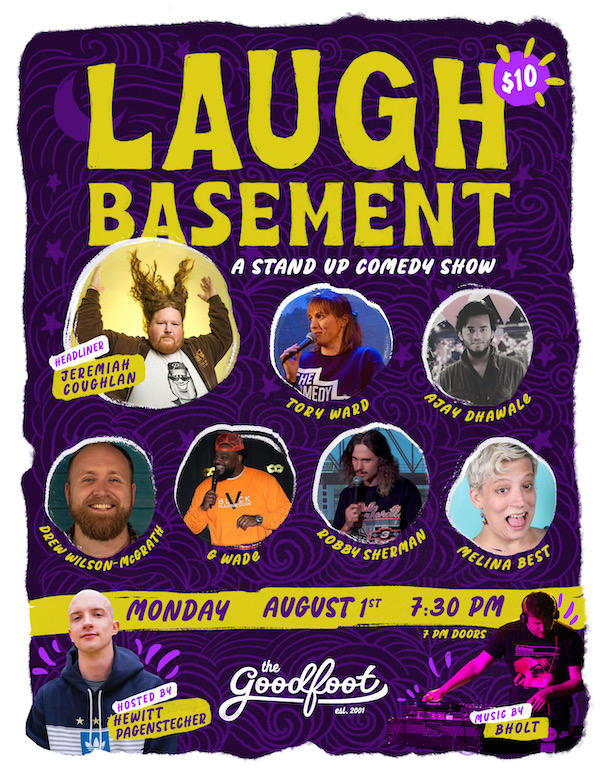 Your favorite monthly standup comedy show (Laugh Basement) is back at The Goodfoot Pub & Lounge on Monday, August 1st! August’s headliner is Jeremiah Coughlan has become a regular performer at clubs all over the Northwest, including Helium Comedy Club. He has been featured on Audible’s comedy series “Sounds Like America” and performed all over the country and internationally at festivals including The Idaho Laugh Festival, The SF Sketchfest, Crom Comedy Festival, The Big Pine Comedy Festival, The North Carolina Comedy Fest, The Savage Henry Comedy Festival, and The 10,000 Laughs Comedy Festival where he was nominated as “Best of the Fest” by the festival’s organizers.