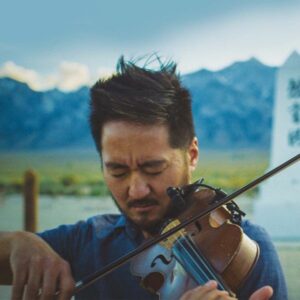 Join singer-songwriter Kishi Bashi and your Oregon Symphony for an evening steeped in lush harmonies and electronically-influenced indie music. Alongside Kishi Bashi’s thoughtful, folk-inspired best hits, this collaboration will include “Improvisations on EO9066,” a multimedia piece inspired by Executive Order 9066, the order issued by President Franklin D. Roosevelt that led to the forced relocation and internment of Japanese Americans during World War II. Additional repertoire will be announced from the stage.