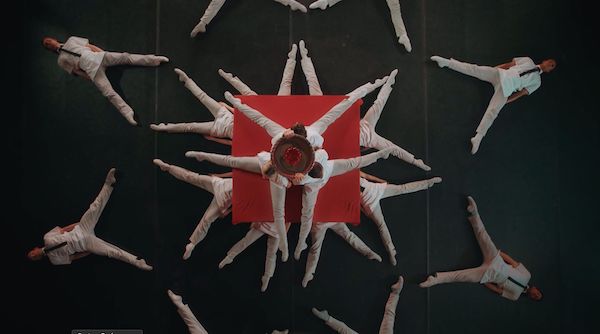 The fifth annual Contact Dance Film Festival will be available to stream via StreamingVox starting April 30th. This 4 day festival features three different programs, showcasing award-winning collaborations between filmmakers, dancers, and choreographers from around the world.

Dancing Over Borders: BodyVox Artistic Director Jamey Hampton has curated a collection from previous festivals into a program of Audience Favorites and the Greatest Hits. This program celebrates fresh emerging voices as well as seasoned artists speaking with authority through film.

The Contact Dance Film Festival will also include the feature length film “Creative Domain.” Creative Domain is a rare in-depth documentation of how Paul Taylor creates a single dance. Director Matthew Diamond’s film follows the creative life of Mr. Taylor, beginning in his youth to the present day, still living his life in the moment, with his mind intently focused on his next dance. “Unlike many dance documentaries, “Paul Taylor: Creative Domain” doesn’t fetishize every aspect of the dancer’s day. It zeroes in on a mystery.The mystery is how Taylor, one of the greatest modern-dance choreographers, uses a simple formula of people plus time to make a work of art that pulls you in like an undertow. – Sarah Kaufman, The Washington Post