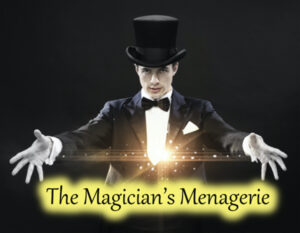 Former world-famous magician Pierre is soon to be hanged for the astonishing murder of his assistant. During the grand finale of his show, he performed the saw a girl in half illusion, but she really was sawed in half!

Step backstage and learn the secrets behind his “magic” tricks and how it could have gone so wrong. Can you prove his innocence before it’s too late?