We are giving away a pair of tickets to Come Thru – Caleb Hearon & Holmes Holmes @ The Old Church Concert Hall on May 29. To win, comment below on this post why you’d like to attend. Winner will be drawn and emailed May 23. 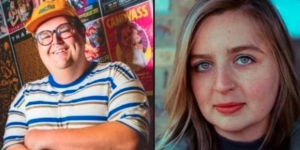 Caleb Hearon is a comedian at whom nobody has ever been mad. He currently resides in Los Angeles, where he is a writer for Netflix’s spinoff of their hit show Big Mouth, called Human Resources. He recently shot the TBS pilot Space, where he will be a series regular and will appear in Ally Pankiw’s feature directorial debut Brooke & Sam. In 2020, Variety named Caleb one of their Top Comics to Watch and Just For Laugh’s named him one of their New Faces: Creators. Caleb started his career in Chicago where he performed every week at iO Chicago, Second City, The Hideout, and on Twitter (@calebsaysthings) if video monologues count. He can be seen on Showtime’s Work in Progress, FX’s Fargo and opposite Phoebe Bridgers in the MUNA music video Silk Chiffon. He’s originally from Missouri where he was raised by four strong women—his mother, Kellie, and the Dixie Chicks.

Holmes Holmes (she/they) is a comedian, improviser, actor, and writer born and raised in multiple states (scary they have no hometown). Holmes stars as the lead in the upcoming FOX show from director and executive producer Paul Feig, WELCOME TO FLATCH, premiering March 2022. She also co-hosts the live show show “At What Cost” with Caleb Hearon, which has toured all over the country. Pre-pandemic, she improvised weekly at iO in Chicago as apart of “Mothership” and LGBTQIA+ group “Dreamboat.” 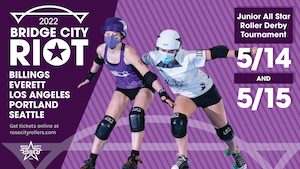