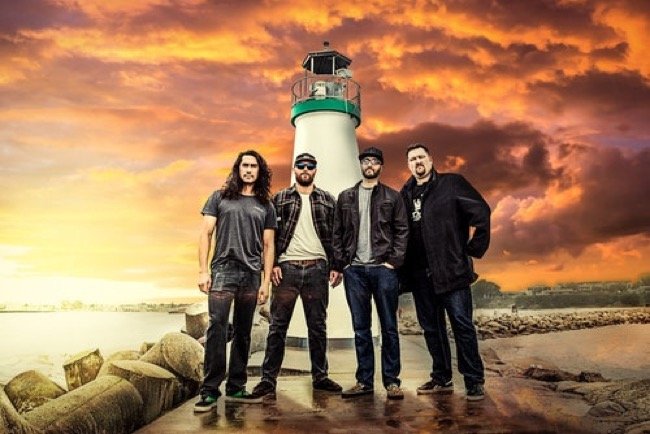 The band consists of four longtime friends: Geoff Weers (Guitar and Vocals), Adam Patterson (Drums and Vocals), Raul Bianchi (Lead Guitar) and Ryan DeMars (Bass). The first seven years of their career was fueled with three full-length, completely independent releases. No Time To Worry (2000), Open Container (2001), and Gettin’ Filthy (2004), would bring in a combined total of over 40,000 units sold with no physical distribution and no record label.

While touring and supporting their album, Gettin’ Filthy, The Expendables would share the stage with Slightly Stoopid and catch the attention of founders and front men Kyle McDonald and Miles Doughty. In 2007 Slightly Stoopid formed their own independent label, Stoopid Records, and signed The Expendables for the label’s first non-Stoopid release, which was The Expendables self-titled. Released in September 2007, the album would be accepted as an instant classic by fans and received rave reviews from critics.

The band continued supporting the album with hundreds of shows over the next two years, gaining fans around the world, and respect from the bands that influenced them. Early 2009 The Expendables toured relentlessly. Within a few short months, they hit the road with NOFX, Less Than Jake, Pennywise, and Pepper. In case that was not enough, The Expendables were honored to join 311 on their Summer Unity amphitheater tour, rocking huge stages, and opening new doors for the band.

The boys decided idle time was not an option after the conclusion of their tour with 311, so they went straight in to the studio to begin recording their next album, Prove It. Paul Leary (producer of Sublime, Slightly Stoopid, Pepper, Supersuckers, as well as guitar player for Butthole Surfers) and El Hefe (guitar player of NoFX) would split producing duties at Big Fish studios in Encinitas, California.

Urban Adventure Quest has created an interactive scavenger hunt that combines the fun of the Amazing Race with a three-hour sightseeing tour of Portland. Guided from any smart phone, groups make their way among well-known and overlooked gems of the city, solving clues and completing challenges while learning local history. END_OF_DOCUMENT_TOKEN_TO_BE_REPLACED

This service is perfect for busy freelancers, small business owners and activists who know the value of a monthly newsletter, but don’t have enough time to put one out on a monthly basis. END_OF_DOCUMENT_TOKEN_TO_BE_REPLACED