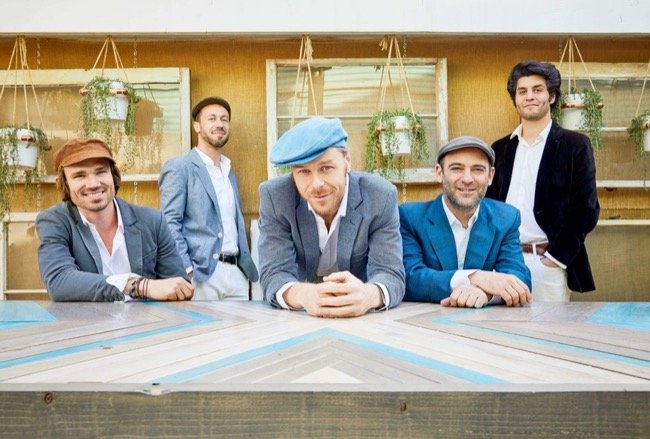 The California Honeydrops spring into 2018 with the Call It Home Tour to promote the release of a new double album, Call It Home: Vol. 1 & 2. The California Honeydrops have a reputation as being among the most exciting and dynamic live bands on the planet. With unrelenting energy and a near-encyclopedic knowledge of musical styles, genres and idioms, the Honeydrops have spent a decade playing everywhere from subway stations in their native Oakland, California to sold-out shows in theatres and at festivals all across the globe. In addition to their own non-stop touring, 2016 and 2017 saw them honored to support Bonnie Raitt on her extensive North American tour, following past support slots with such icons as B.B. King, Allen Toussaint, Buddy Guy and Dr. John. Whether in those high-profile performances or in more intimate venues where the band itself can leave the stage and get down on the dance floor, the California Honeydrops’ shared vision and purpose remain: to make the audience dance and sing.

The band has come a long way since vocalist, guitarist, and trumpeter Lech Wierzynkski and drummer Ben Malament started busking in an Oakland subway station. With the additions of Johnny Bones on tenor sax and clarinet, Lorenzo Loera on keyboards and Beau Bradbury on bass, they’ve built a powerful full-band sound drawing on diverse musical influences from Bay Area R&B to funk, Southern soul, Delta blues and New Orleans second-line. All while staying true to the organic, street-level feel of their origins. More like parties than traditional concerts, their shows feature extensive off-stage jamming and crowd interaction. “The whole point is to erase the boundaries between the crowd and us,” Wierzynski says. “We don’t make setlists. We want requests. We want crowd involvement, to make people become a part of the whole thing by dancing along, singing, picking the songs and generally coming out of their shells.”

Urban Adventure Quest has created an interactive scavenger hunt that combines the fun of the Amazing Race with a three-hour sightseeing tour of Portland. Guided from any smart phone, groups make their way among well-known and overlooked gems of the city, solving clues and completing challenges while learning local history. END_OF_DOCUMENT_TOKEN_TO_BE_REPLACED

NOTE: In the spirit of creating an atmosphere where people from all parts of our community are coming together to volunteer, Team Captains are only able to reserve up to 50% of the spots on any individual MLK Weekend of Service Project. END_OF_DOCUMENT_TOKEN_TO_BE_REPLACED

You can still take advantage of Artist Repertory Theatre’s holiday half subscription sale! These tickets in a package are cheaper than individual tickets. END_OF_DOCUMENT_TOKEN_TO_BE_REPLACED

The Rose City Classic (RCC) is one of the most popular dog events in the US, and the biggest dog show series in the West. Every January thousands of the best dogs in the country and their owners descend on Portland to compete at the RCC. The Rose City Classic attracts the top vendors of specialty dog products in the United States. They offer every kind of product a dog lover could want from dog beds to fine art and jewelry! This is the big one… don’t miss it! END_OF_DOCUMENT_TOKEN_TO_BE_REPLACED