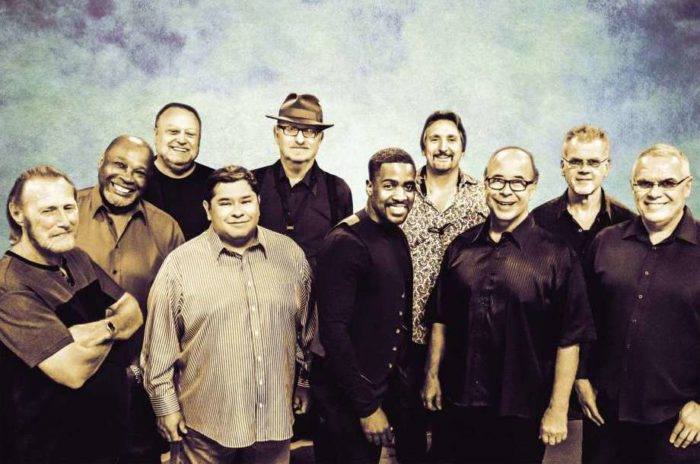 A renowned horn-driven outfit, Tower of Power emerged in the late ’60s playing a dynamic blend of R&B, soul, funk, and AM pop. Along with similarly inclined groups like Chicago and Blood, Sweat & Tears, Tower of Power helped push the sound of brass-infused music into the rock era. Led by Detroit-born tenor saxophonist Emilio Castillo, the Oakland, California-based group scored hits like “You’re Still a Young Man” and “What Is Hip?” throughout the ’70s. They also became one of the most sought-after backing ensembles in pop, playing on recordings by Elton John, Santana, Bonnie Raitt, Aerosmith, Josh Groban, and more. While their lineup has changed over the years, Castillo remains a constant and continues to guide the ensemble live and in the studio.

Although born in Detroit, Castillo opted to pursue his musical dreams in Oakland, California. It was in Oakland that Castillo put together a group called the Motowns, which, as their name suggested, specialized in ’60s-era soul. In 1967, Castillo teamed up with baritone sax player Stephen “Doc” Kupka, and soon the Motowns were transformed into Tower of Power. (One of the first tunes the duo penned together was “You’re Still a Young Man,” which would eventually go on to be one of Tower of Power’s signature compositions.) The group played regularly in the Bay Area throughout the late ’60s, as their lineup often swelled up to ten members, including such other mainstays as Greg Adams on trumpet and vocals, Lenny Pickett on sax, and Rocco Prestia on bass. By 1970, the funk outfit had inked a recording contract with Bill Graham’s San Francisco Records, resulting in the group’s debut the same year, East Bay Grease, which failed to make an impression on the charts as Tower of Power were still trying to find their own sound.

But it soon came together for the group, as 1972’s Bump City would touch off a string of classic hit albums, including 1973’s self-titled release (which introduced vocalist Lenny Williams and included another of the group’s most enduring tunes, “What Is Hip?”), 1974’s Back to Oakland, and 1975’s Urban Renewal and In the Slot. While Tower of Power remained a must-see live act, as disco became the new trend in R&B the group’s original funk-laden style fell out of favor, and disco-oriented albums like 1978’s We Came to Play and 1979’s Back on the Streets didn’t please critics or fans, and the band would go nine years without releasing an album.

Urban Adventure Quest has created an interactive scavenger hunt that combines the fun of the Amazing Race with a three-hour sightseeing tour of Portland. Guided from any smart phone, groups make their way among well-known and overlooked gems of the city, solving clues and completing challenges while learning local history. END_OF_DOCUMENT_TOKEN_TO_BE_REPLACED

This service is perfect for busy freelancers, small business owners and activists who know the value of a monthly newsletter, but don’t have enough time to put one out on a monthly basis. END_OF_DOCUMENT_TOKEN_TO_BE_REPLACED