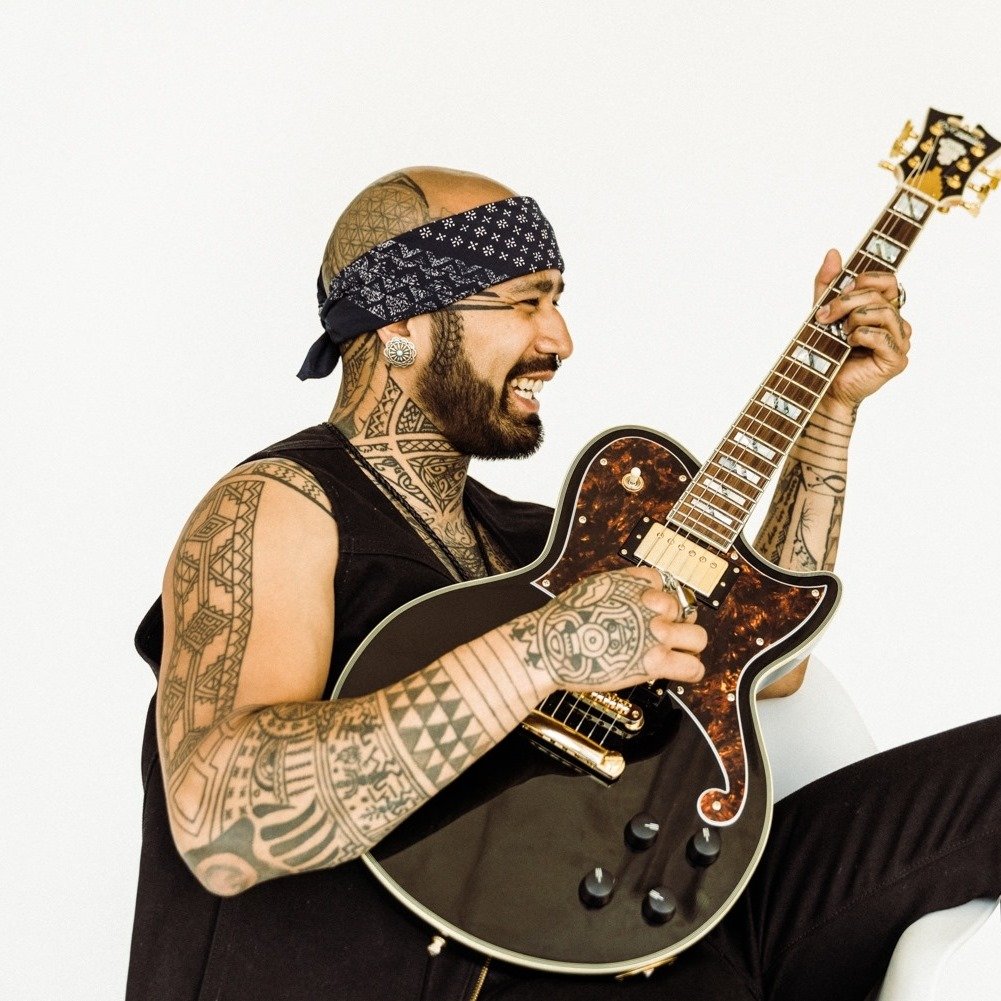 “As storytellers, we turn the experience into something shared. We are taking to that great road again to bring our medicine to you. Naming this tour the ‘Take Your Power Back Tour’ felt entirely appropriate given the state of the planet and all Her creatures great and small. Women of wonder and potent poetry will join us on that fall road. Ayla Nereo brings her big medicine to half of this tour and Nattali Rize brings her big power to the other half. We can already feel the high vibe container, a congregation cultivating a safe space for transmission and reconciliation. Tears and laughter. Movement and medicine. Arrive at our gathering this fall with whatever shape your heart is in. Full, broken, in pieces, strong, hopeful, hurting, overflowing, all of it. We’ll help best we can. It’s us. Together. We’ll see you there, familia.” – Nahko

Nahko And Medicine For The People continue to gather dedicated members of their global Medicine Tribe of like-minded fans as they spread their positive and powerful musical message around the nation on their “Take Your Power Back” headline tour this fall. Fans and critics alike praise the group’s worldly blend of rock, hip-hop and alt-folk with OC Weekly calling the group “empowering” and “powerful,” while The Huffington Post compared Nahko to Bob Marley and called him a “musical prophet.” The October 2017 album My Name is Bear premiered at No. 1 on iTunes and debuted on a number of Billboard charts, and the headline tour in support of the album boasted multiple sold-out dates throughout the US and Europe. My Name Is Bear is a 16-track collection that reflects the soul, authenticity and spirit that Nahko And Medicine For The People’s Medicine Tribe has come to know and love. Their previous album HOKA, which was released in June 2016, sold over 8,000 units in its first week in the US and debuted at No. 6 on the Billboard Alternative Albums Chart. The album went on to win Record of the Year at the Native American Music Awards later that year.

Nahko And Medicine For The People are firm believers in using music as a tool of empowerment to protect and preserve all of creation. They aim to inspire others to take a deeper role in protecting and preserving our planet, people and the spirit in all of creation.

The band is thrilled to release new music in 2019 and continue their world tour, including stops at Bonnaroo, Glastonbury, Lockin’ Music Festival, the Take Your Power Back fall headline tour and more!

Ayla Nereo
o sings the luminous singer, songwriter, poet and producer Ayla Nereo, who is spearheading a revolution within the new-folk and indie-electronic music communities, opening the hearts and minds of devoted audiences around the world with the clarion call of her powerful voice.

Every live performance with Ayla is its own inspired journey. Sometimes alone with an acoustic guitar and minimalist electronic accompaniment, other times armed with an array of loop-pedals and bandmates, Nereo is known for building layers upon layers of intricate vocal melodies into fierce, sweeping harmonies, weaving in syncopated threads of guitar, kalimba, piano, percussion, strings, celtic beats, even hip-hop wordplay.

Urban Adventure Quest has created an interactive scavenger hunt that combines the fun of the Amazing Race with a three-hour sightseeing tour of Portland. Guided from any smart phone, groups make their way among well-known and overlooked gems of the city, solving clues and completing challenges while learning local history. END_OF_DOCUMENT_TOKEN_TO_BE_REPLACED

You can still take advantage of Artist Repertory Theatre’s holiday half subscription sale! These tickets in a package are cheaper than individual tickets. END_OF_DOCUMENT_TOKEN_TO_BE_REPLACED

A luxurious tropical vacation deep in the heart of the jungle. What could go wrong, right? You and your friends have been kidnapped overseas and are being held for ransom! You see the scattered luggage and passports of past victims and feel entirely hopeless. But if you can outwit your captors, and soon, you may just have a chance at survival! END_OF_DOCUMENT_TOKEN_TO_BE_REPLACED

Bare Bones Cafe and Bar is a neighborhood spot on SE Belmont in Portland. Stop by Wednesdays for $1 off all Whiskey. END_OF_DOCUMENT_TOKEN_TO_BE_REPLACED