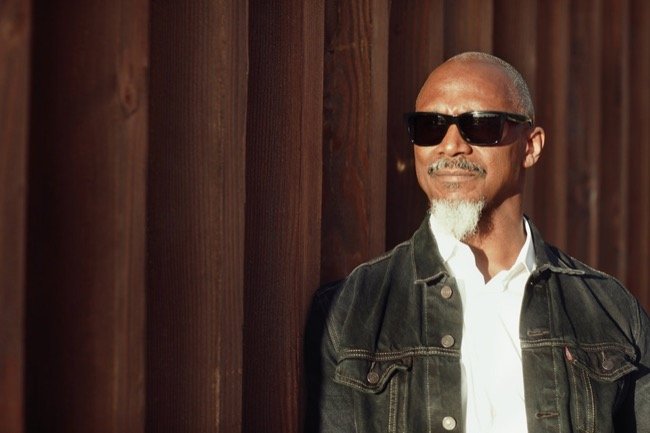 Karl Denson’s Tiny Universe, highly regarded as one of the best live bands on the planet, gets back on the road showcasing material from their long-awaited forthcoming studio album, as well as previous acclaimed KDTU recordings like ‘New Ammo’ and ‘The Bridge.’ The current KDTU touring lineup is comprised of Richmond guitarist DJ Williams, former drummer of The Greyboy Allstars, Zak Najor and current bassist Chris Stillwell also of The Greyboy Allstars, Crush Effects’ keyboardist David Veith, Seattle trumpeter Chris Littlefield and ace slide and lap steel guitarist Seth Freeman. Karl Denson is known as a founding member of seminal funk outfit The Greyboy Allstars and sideman of Lenny Kravitz, Slightly Stoopid and his current role touring a part of The Rolling Stones touring band.

Urban Adventure Quest has created an interactive scavenger hunt that combines the fun of the Amazing Race with a three-hour sightseeing tour of Portland. Guided from any smart phone, groups make their way among well-known and overlooked gems of the city, solving clues and completing challenges while learning local history. END_OF_DOCUMENT_TOKEN_TO_BE_REPLACED

You can still take advantage of Artist Repertory Theatre’s holiday half subscription sale! These tickets in a package are cheaper than individual tickets. END_OF_DOCUMENT_TOKEN_TO_BE_REPLACED 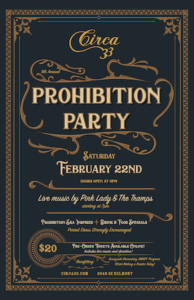 Circa 33 is proud to host their 9th annual Prohibition Party on Saturday, February 22, 2020. Celebrate the era of prohibition with craft cocktails, live music, speakeasy gin-joint festivities, and 1930s costumes!

Join in the fun at Circa 33’s largest party of the year, kicking off at 6pm, with live music by Pink Lady & The Tramps, starting at 7pm. The Pink Lady & The Tramps will take us back to the jazzy sounds of the 1930s, with the swinging style of upright bass, brass and wistful tunes from yesteryear. END_OF_DOCUMENT_TOKEN_TO_BE_REPLACED

Explore the life and legacy of Toni Morrison, whose best-selling work examined racial and gender identity in America — particularly the often-crushing experience of Black women — through incandescent prose resembling that of no other writer in English. She was the first African American woman to win the Nobel Prize in Literature and the author of 11 novels as well as five children’s books (written with her son Slade) and several essay collections. In these turbulent times, her work is essential reading.