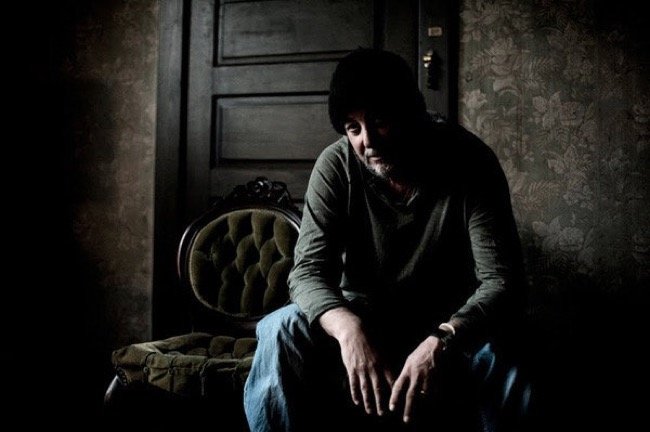 Greg Brown’s mother played electric guitar, his grandfather played banjo, and his father was a Holy Roller preacher in the Hacklebarney section of Iowa, where the Gospel and music are a way of life. Brown’s first professional singing job came at age 18 in New York City, running hootenannies at the legendary Gerdes Folk City. After a year, Brown moved west to Los Angeles and Las Vegas, where he was a ghostwriter for Buck Ram, founder of the Platters. Tired of the fast-paced life, Brown traveled with a band for a few years, and even quit playing for a while before he moved back to Iowa and began writing songs and playing in Midwestern clubs and coffeehouses.

Brown’s songwriting has been lauded by many, and his songs have been performed by Willie Nelson, Carlos Santana, Michael Johnson, Shawn Colvin, and Mary Chapin Carpenter. He has also recorded more than a dozen albums, including his 1986 release, Songs of Innocence and of Experience, when he put aside his own songwriting to set poems of William Blake to music. One Big Town, recorded in 1989, earned Brown three and a half stars in Rolling Stone, chart-topping status in AAA and The Gavin Report’s Americana rankings and Brown’s first Indie Award from NAIRD (National Association of Independent Record Distributors).

The Poet Game, his 1994 CD, received another Indie award from NAIRD. His critically acclaimed 1996 release, Further In, was a finalist for the same award. Rolling Stone’s four-star review of Further In called Brown “a wickedly sharp observer of the human condition.” 1997’s Slant 6 Mind (Red House Records) earned Brown his second Grammy nomination. His latest CD, One Night (Red House), is a re-release of a 1983 live performance originally on Minneapolis’ Coffeehouse Extemporé Records.

Urban Adventure Quest has created an interactive scavenger hunt that combines the fun of the Amazing Race with a three-hour sightseeing tour of Portland. Guided from any smart phone, groups make their way among well-known and overlooked gems of the city, solving clues and completing challenges while learning local history. END_OF_DOCUMENT_TOKEN_TO_BE_REPLACED

NOTE: In the spirit of creating an atmosphere where people from all parts of our community are coming together to volunteer, Team Captains are only able to reserve up to 50% of the spots on any individual MLK Weekend of Service Project. END_OF_DOCUMENT_TOKEN_TO_BE_REPLACED

You can still take advantage of Artist Repertory Theatre’s holiday half subscription sale! These tickets in a package are cheaper than individual tickets. END_OF_DOCUMENT_TOKEN_TO_BE_REPLACED

The Rose City Classic (RCC) is one of the most popular dog events in the US, and the biggest dog show series in the West. Every January thousands of the best dogs in the country and their owners descend on Portland to compete at the RCC. The Rose City Classic attracts the top vendors of specialty dog products in the United States. They offer every kind of product a dog lover could want from dog beds to fine art and jewelry! This is the big one… don’t miss it! END_OF_DOCUMENT_TOKEN_TO_BE_REPLACED