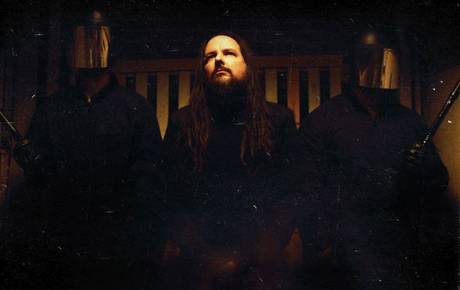 Throughout his storied career, he’s unleashed his demons night after night on stage, sharing an escape with audiences of millions. However, Davis does something that he’s never done before on his 2018 solo debut.

“This time, I’m pulling something out of the audience,” he grins. “I’ve bared my soul for so fucking long I thought it’d be really cool to pull listeners in a different direction for once. I’m taking them out of that dark place and into somewhere that’s spiritual, positive, and makes them really think! It’s just art. I’ve changed lives with Korn, but I wanted to open minds with this shit.”

The new music represents a natural step for the Bakersfield, CA singer, songwriter, composer, producer, and multi-instrumentalist. A true original, the overpowering figure he casts behind that H.R. Giger-made microphone remains just as iconic as his signature scream does. His output in Korn encompasses two GRAMMY® Award wins, worldwide sales of 40 million-plus, and countless sold out shows in nearly every corner of the globe. Throughout over 20 years in music, his presence coursed through film scores to popular video game franchises, and official remixes for the likes of Steve Aoki and more. Along the way, he lent his voice to tracks for everyone from Linkin Park to Tech N9ne.

Throughout this whirlwind, Davis quietly compiled ideas for what would become this solo effort beginning back in 2007. Writing and recording on the road, he personally played guitar, keys, and anything else he could get his hands on. Moreover, the music was primarily record live.

Numerous times, it felt like fans might experience this music, but it was never the right time.

Urban Adventure Quest has created an interactive scavenger hunt that combines the fun of the Amazing Race with a three-hour sightseeing tour of Portland. Guided from any smart phone, groups make their way among well-known and overlooked gems of the city, solving clues and completing challenges while learning local history. END_OF_DOCUMENT_TOKEN_TO_BE_REPLACED

NOTE: In the spirit of creating an atmosphere where people from all parts of our community are coming together to volunteer, Team Captains are only able to reserve up to 50% of the spots on any individual MLK Weekend of Service Project. END_OF_DOCUMENT_TOKEN_TO_BE_REPLACED

You can still take advantage of Artist Repertory Theatre’s holiday half subscription sale! These tickets in a package are cheaper than individual tickets. END_OF_DOCUMENT_TOKEN_TO_BE_REPLACED 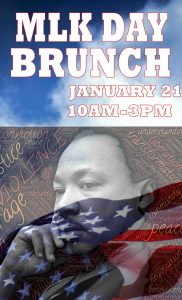