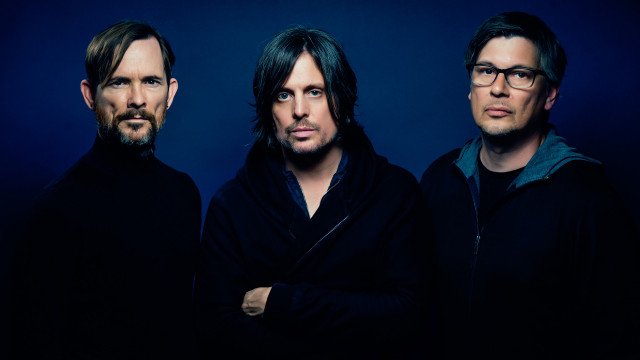 Unbound to any generation, scene or movement, Failure build upon an enduring catalog of inventive, inimitable and intriguing albums, as relevant today as they will be tomorrow.

Since forming in 1990, the influential Los Angeles trio – Ken Andrews [vocals, guitar, bass, programming], Greg Edwards [vocals, guitar, bass, keys] and Kellii Scott [drums, percussion] – have inhabited a universe of their own, orbited by seminal albums such as Comfort [1992], Magnified [1994] and Fantastic Planet [1996]. The latter received a rare 5-out-of-5 rating from Alternative Press as the group earned the public adoration of everyone from regular tour mates and friends Tool to Depeche Mode who openly praised the band for their cover of “Enjoy The Silence”. Following a 17-year hiatus, 2015’s The Heart Is A Monster re-established the band as a sought-after headliner in addition to attracting the praise of Rolling Stone, Pitchfork and Entertainment Weekly, to name a few. 2018 saw Failure continue forging ahead, releasing their fifth full-length album: In The Future Your Body Will Be The Furthest Thing From Your Mind.

“When you’re playing our songs back-to-back from record to record, I feel like the lines really blur,” explains Ken. “To me, it shows the real sound of Failure was never the era we were in – whether it was the nineties or now. The real sound of Failure is the combination of people. We have a lot more experience today. My career started when Failure signed to Slash Records in 1990, and I haven’t had any other job but making music since then. We’ve all kept going as musicians. As a result, we have a wider breadth of things we can do and are capable of. We’re willing to leverage everything.”

“Basically, we still like to give ourselves chills,” adds Greg. “I think we’ve managed to retain an innocence and openness when the three of us are working. We’re not cynical. We don’t rely on formulas, and we’re just as excited as always when something cool comes back through the speakers. That moment is always like being a kid again.”

“Space travel rock’n’roll” – that’s how the band initially self-identified their sound. This was back in the 1990s, before the aspirational dreams of the computer age collided with reality. Across the four-album arc of their first era – Raise (1991); Mezcal Head (1993); Ejector Seat Reservation (1995); 99th Dream (1997) – Swervedriver made music that was all about the journey: songs called For Seeking Heat, Planes Over The Skyline, Juggernaut Rides, 93 Million Miles From The Sun And Counting. Swervedriver simulated the thrill of propulsion, the euphoric arrival, the anticipation of going back again (or not)… of moving on.

Urban Adventure Quest has created an interactive scavenger hunt that combines the fun of the Amazing Race with a three-hour sightseeing tour of Portland. Guided from any smart phone, groups make their way among well-known and overlooked gems of the city, solving clues and completing challenges while learning local history. END_OF_DOCUMENT_TOKEN_TO_BE_REPLACED

This service is perfect for busy freelancers, small business owners and activists who know the value of a monthly newsletter, but don’t have enough time to put one out on a monthly basis. END_OF_DOCUMENT_TOKEN_TO_BE_REPLACED