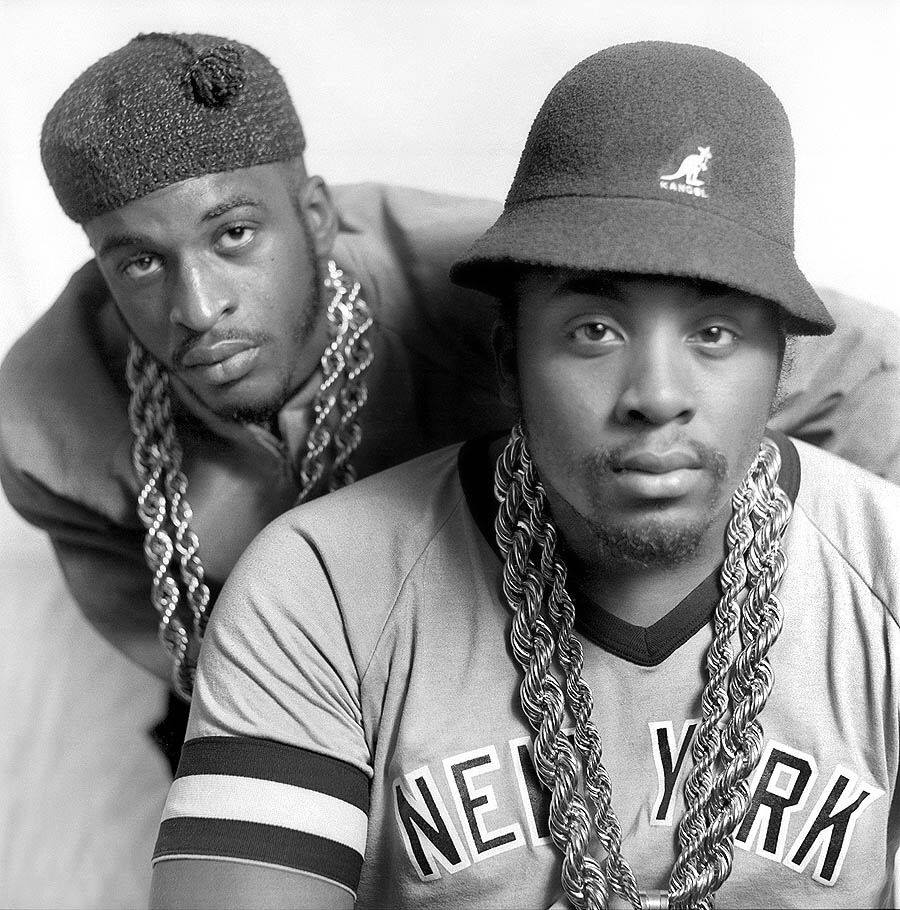 During rap’s so-called golden age in the late ’80s, Eric B. & Rakim were almost universally recognized as the premier DJ/MC team in all of hip-hop. Not only was their chemistry superb, but individually, each represented the absolute state of the art in their respective skills. Eric B. was a hugely influential DJ and beatmaker whose taste for hard-hitting James Brown samples touched off a stampede through the Godfather of Soul’s back catalog that continues up to the present day. Rakim, meanwhile, still tops fan polls as the greatest MC of all time. He crafted his rhymes like poetry, filling his lines with elaborate metaphors and complex internal rhymes, and he played with the beat like a jazzman, earning a reputation as the smoothest-flowing MC ever to pick up a mic. His articulation was clear, his delivery seemingly effortless, and his influence on subsequent MCs incalculable. Together, their peerless technique on the microphone and turntables upped the ante for all who followed them, and their advancement of hip-hop as an art form has been acknowledged by everyone from Gang Starr to the Wu-Tang Clan to Eminem. While certain elements of their sound might come off as slightly dated today, it’s also immediately clear how much of a hand Eric B. & Rakim had in leading hip-hop into the modern age.

Makaya McCraven and his band will be opening for Eric B Rakim!

Makaya McCraven is a beat scientist. The bleeding edge drummer, producer, and sonic collagist is one of Chicago’s savviest cultural players and a multi-talented force whose inventive process & intuitive, cinematic style defy categorization.

French-born but raised in the Pioneer Valley of Massachusetts by expatriate musician parents, McCraven studied Jazz at the University of Massachusetts Amherst under the mentorship of jazz luminaries Archie Shepp, Marion Brown, and Yusef Lateef, and eventually went on to develop his chops in Chicago’s burgeoning scene. His breakthrough album In the Moment was released with International Anthem Recording Co. (IARC) in 2015 and received widespread acclaim, proving to be a dramatic statement by McCraven that quickly launched him into the vanguard of not only Internationally-known jazz artists, but also a niche genre of next-wave composer-producers blurring the boundaries of jazz & electronic music.

Urban Adventure Quest has created an interactive scavenger hunt that combines the fun of the Amazing Race with a three-hour sightseeing tour of Portland. Guided from any smart phone, groups make their way among well-known and overlooked gems of the city, solving clues and completing challenges while learning local history. END_OF_DOCUMENT_TOKEN_TO_BE_REPLACED

You can still take advantage of Artist Repertory Theatre’s holiday half subscription sale! These tickets in a package are cheaper than individual tickets. END_OF_DOCUMENT_TOKEN_TO_BE_REPLACED

A luxurious tropical vacation deep in the heart of the jungle. What could go wrong, right? You and your friends have been kidnapped overseas and are being held for ransom! You see the scattered luggage and passports of past victims and feel entirely hopeless. But if you can outwit your captors, and soon, you may just have a chance at survival! END_OF_DOCUMENT_TOKEN_TO_BE_REPLACED