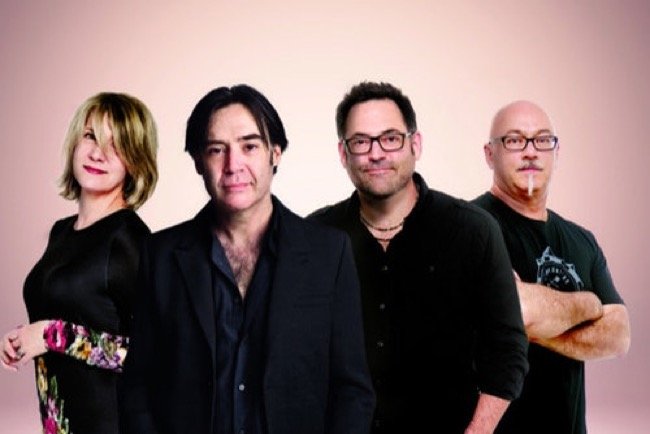 Canadian rock band Crash Test Dummies will reunite for the first time in 17-years to celebrate the 25th anniversary of their seminal sophomore album God shuffled His Feet. The north American tour will launch November 23 and will feature the original line-up of Brad Roberts, Ellen Reid, Dan Roberts, and Mitch Dorge.

“After a huge hit in Canada with our folksier debut album, our next effort was dubbed ‘too new a sound’ by our Canadian compatriots. In America however, it managed to pique the interest of a new and frankly much larger group of listeners and soon ‘MMM MMM MMM MMM became a bonafide hit south of our border, and eventually all over the world,” says Brad Roberts. “It was a wild ride for us that year. Now we’re celebrating the 25th anniversary reuniting with our original line-up and dusting off our old set lists. It will be the first time we’ve toured with the full band since 2001, and we’re very excited about it.”

The 1993 platinum selling and Grammy-nominated album God Shuffled His Feet hit number-one in Austria and New Zealand and also reached the top five in the national albums charts of numerous countries including Australia, Norway, Sweden and Switzerland. The album reached number six in the Netherlands national albums chart, number 2 in the UK and broke the top ten landing at number 9 in the United States Billboard 200 albums chart. God Shuffled His Feet features their most unusual and highly popular single, “Mmm Mmm Mmm Mmm” as well as other fan favorites XX and XXX. The memorable cover artwork featured the superimposed the faces of the band atop figures in the Titian painting “Bacchus and Ariadne.”

Urban Adventure Quest has created an interactive scavenger hunt that combines the fun of the Amazing Race with a three-hour sightseeing tour of Portland. Guided from any smart phone, groups make their way among well-known and overlooked gems of the city, solving clues and completing challenges while learning local history. END_OF_DOCUMENT_TOKEN_TO_BE_REPLACED

This service is perfect for busy freelancers, small business owners and activists who know the value of a monthly newsletter, but don’t have enough time to put one out on a monthly basis. END_OF_DOCUMENT_TOKEN_TO_BE_REPLACED