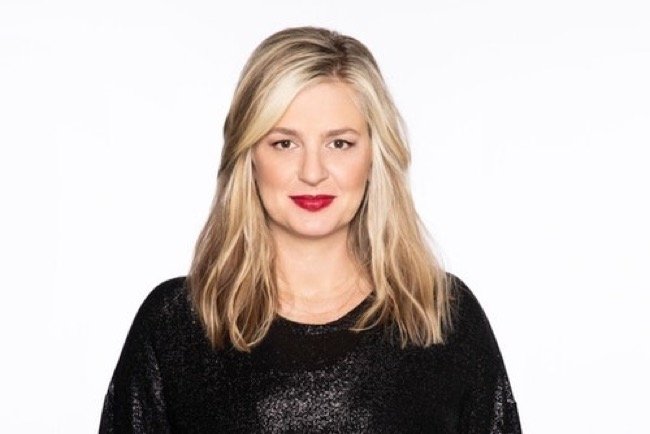 Christina P is a stand-up comedian, writer, TV personality and podcast host. She has two Netflix specials, The Degenerates and Christina P: Mother Inferior. The Degenerates was filmed in Las Vegas. Christina discusses the upside of getting older and the Me Too movement. Her one-hour stand-up special, Christina P: Mother Inferior, filmed at the Showbox in Seattle, debuted to rave reviews. Christina discusses the realities of motherhood, marriage and her own childhood.   The hugely successful podcast Your Mom’s House, which Christina hosts with her husband, comedian Tom Segura, is a top-rated comedy podcast on iTunes.

Christina is best known for providing her unique and humorous pop culture commentary on several Vh1 countdown shows, TV Guide Channel, SyFy Channel’s Insane or Inspired, TruTV’s World’s Dumbest and E! Television’s Wildest TV Moments. She was also on TruTV’s How to Be a Grown Up, TBS’ Funniest Wins with Marlon Wayans, and was a round table regular and writer on E!’s Chelsea Lately.   With a background in animation, Christina has written on and lent her voice to several animated projects, like the feature film TV: The Movie, the TV series Trolls, and narrated the documentary Can We Take a Joke?. She was given Animation Magazine’s “Up and Coming Writer” Award.  Christina’s stand-up can be seen on the Showtime special Red Light Comedy, TV Guide Channel’s Stand Up in Stilettos, and Nuvo TV’s Stand Up and Deliver. She’s also performed at comedy festivals and comedy clubs across the world and has performed for the troops.

Urban Adventure Quest has created an interactive scavenger hunt that combines the fun of the Amazing Race with a three-hour sightseeing tour of Portland. Guided from any smart phone, groups make their way among well-known and overlooked gems of the city, solving clues and completing challenges while learning local history. END_OF_DOCUMENT_TOKEN_TO_BE_REPLACED

You can still take advantage of Artist Repertory Theatre’s holiday half subscription sale! These tickets in a package are cheaper than individual tickets. END_OF_DOCUMENT_TOKEN_TO_BE_REPLACED

A luxurious tropical vacation deep in the heart of the jungle. What could go wrong, right? You and your friends have been kidnapped overseas and are being held for ransom! You see the scattered luggage and passports of past victims and feel entirely hopeless. But if you can outwit your captors, and soon, you may just have a chance at survival! END_OF_DOCUMENT_TOKEN_TO_BE_REPLACED

Bare Bones Cafe and Bar is a neighborhood spot on SE Belmont in Portland. Stop by Wednesdays for $1 off all Whiskey. END_OF_DOCUMENT_TOKEN_TO_BE_REPLACED