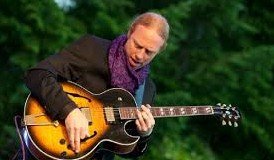 Originally formed to pay tribute to Jerry Garcia, The Andy Coe Band has emerged as the liveliest psychedelic band to come out of the Pacific Northwest in years! Tonight, they go back to their roots with a full, two set Jerry Tribute! With a background in jazz and a joyful enthusiasm for blues and psychedelic rock, Andy Coe is recognized as a deeply intuitive, emotive guitarist. As an architect of sound and style, Coe draws in listeners, making collective exploration and resolution accessible across genres. Born and raised in Seattle, Andy played in the critically acclaimed Roosevelt Highschool Jazz band before going on to graduate from the music department of the University of North Texas. He has played venues and festivals around the country and world ever since. Andy has performed with many great musicians including Jimmy Page, Duff McKagen, Jerry Cantrell, Kim Thayil, Paul Rogers, Rich Robinson, Reggie Workman, Rashied Ali, Ravi Coltrane, Norah Jones, Stanton Moore, Mike Clark, Bobby Previtte, Skerik, Mike Dillon, Karl Denson, Wil Blades and many others. Currently, Andy resides in Seattle and plays in Skerik’s Bandalabra, Tuatara, McTuff and the Andy Coe Band among others.

We are crazy excited to have Papa Mali on board with the band this evening! Papa Mali (born Malcolm Helm Welbourne in Vicksburg, Mississippi, May 6,1957) is a New Orleans based, American singer-songwriter, guitarist and producer. He has been a touring musician and recording artist for decades. Yet, he is probably best known as the front man for 7 Walkers, a band formed in 2009 that includes three musical icons: Grateful Dead founding member and drummer Bill Kreutzmann, The Meters’ founding bassist, George Porter Jr. and lyricist Robert Hunter, who penned most of the Grateful Dead’s classic catalog (along with the late Jerry Garcia) and now co-writes much of 7 Walkers material with Welbourne.

Urban Adventure Quest has created an interactive scavenger hunt that combines the fun of the Amazing Race with a three-hour sightseeing tour of Portland. Guided from any smart phone, groups make their way among well-known and overlooked gems of the city, solving clues and completing challenges while learning local history. END_OF_DOCUMENT_TOKEN_TO_BE_REPLACED

This service is perfect for busy freelancers, small business owners and activists who know the value of a monthly newsletter, but don’t have enough time to put one out on a monthly basis. END_OF_DOCUMENT_TOKEN_TO_BE_REPLACED 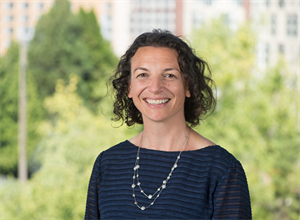 Portland is home to an estimated 14,000 chronically homeless people. Facing the crisis head on is our February speaker, Rachel Solotaroff. She joined Central City Concern as the medical director in 2006 and today leads the initiatives to end homelessness in our community. Join us on Feb 27th as we discuss the steps being taken to address this crisis and where the organization plans to focus its efforts. END_OF_DOCUMENT_TOKEN_TO_BE_REPLACED