We are giving away a pair of tickets to Ezra Furman @ Aladdin Theater on February 18. To win, comment on this post why you’d like to attend. Winner will be drawn and emailed February 17. 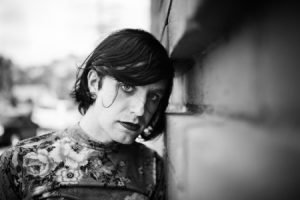 Chicagoan Ezra Furman’s second solo album ‘Day Of The Dog’ has finally gained him the attention that he deserves. Two BBC 6 Music sessions with Marc Riley and Marc’s enthusiastic support have helped spread the word.

Extensive touring with his band the Boy Friends in the UK and Europe in 2014 has built up a dedicated live following and a growing reputation as one of the most exciting live acts around. Ezra’s emotional honesty, howling intensity, frailty and humour combined with the bands honking rock’n’roll have proved irresistible.

‘Ezra Furman has made an album of classicist rock’n’roll that never feels like an exercise, but a living, breathing piece of self expression.’ The Guardian