We are giving away a pair of tickets to Fruit Bats @ Aladdin Theater on December 18. To win, comment on this post why you’d like to attend. Winner will be drawn and emailed December 16. 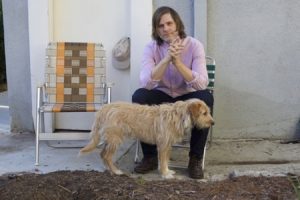 When Fruit Bats announced its new album and signing to Merge Records late last year, singer/songwriter Eric D. Johnson did so by “Getting in a Van Again.” The 15-minute mockumentary presented a surrealist view of the music industry, while teasing the very real themes explored on Gold Past Life—Released on June 21, 2019.

“I know I said I’d be around this year, but here I am getting in a van again.”

Gold Past Life marks both an end and a beginning. It’s the end of an unintentional thematic trilogy of records that began with 2014’s EDJ (a solo record by name, but a Fruit Bats release in spirit) and hit an emotional peak with 2016’s Absolute Loser. They encompassed years of loss, displacement, and the persistent, low-level anxiety of the current political climate. They were written in the wake of friends who left these earthly confines and families that could have been.

“I wrote music to comfort myself,” says Eric D. Johnson of those times. “It was a soothing balm.”