We are giving away a pair of tickets to The Bell Ringer @ Portland’s Aladdin Theater on December 21. To win, comment on this post why you’d like to attend. Winner will be drawn and emailed December 16. 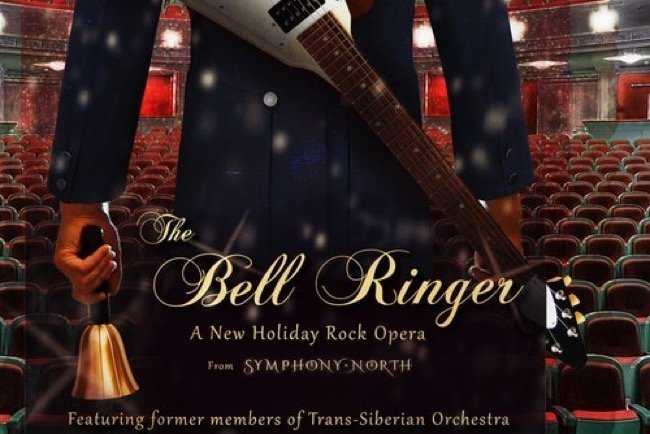 The new holiday rock opera The Bell Ringer is coming to the Aladdin Theater. The show features former Trans-Siberian Orchestra members Jody Ashworth and Valerie Vigoda, and delivers a powerful and inspiring experience in the early TSO tradition, combing rock music with poignant storytelling. The Bell Ringer is the debut album from Seattle-area progressive rock band Symphony North, and it relates a story that builds on the ideas of selflessness and self-worth, employing the talents of musicians hailing originally from as far as Sweden, Spain, Russia, and Turkey. The Bell Ringer album also features members of Dream Theater—James Labrie and Jordan Rudess—weaving anthemic new renditions of Holiday classics with powerful original songs.

The show is raising money for the Toys for Tots Literacy Program, to give kids not just a gift to open during the Holidays, but the skills to help them build their own futures.

The Bell Ringer is a show both rock fans and families can build a new Holiday tradition around, with big performances and a poignant story of selflessness. The story of The Bell Ringer takes place on the night of Christmas Eve, when one destitute man learns, by helping others in simple but important ways, a deeper sense of his own self-worth.