We are giving away a pair of tickets to Portland Cello Project: Purple Reign @ Revolution Hall on December 8. To win, comment on this post why you’d like to attend. Winner will be drawn and emailed December 6. 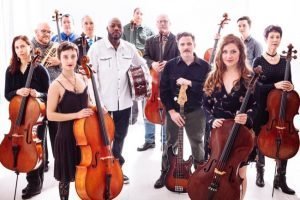 This December Portland Cello Project turns Revolution Hall purple. Revolving around the artistic power of Prince, PCP blends their deep textures with the unique harmonic landscape of Prince’s catalog. Joined by musicians who have worked with Prince such as Saeeda Wright and Tyrone Hendrix, expect a lively evening of diversely-curated music that influenced or was influenced by The Purple One. Bouncing from Bach to Beck, alongside standard tributes to classic Prince songs, all without missing a beat, and all crafted through the wildly innovative arrangements that have made Cello Project the Pacific Northwest’s premiere alt-classical ensemble.