We are giving away a pair of tickets to November Power Breakfast @ Sentinel Hotel  on November 14. To win, comment on this post why you’d like to attend. Winner will be drawn and emailed November 11. 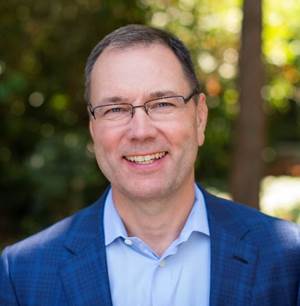 Brad Tilden serves as chairman, president and chief executive officer of Alaska Air Group, the parent company of Alaska Airlines and Horizon Air. He also serves as chairman and chief executive officer of Alaska Airlines and chairman of Horizon Air. The combined airlines have 23,000 employees, 298 aircraft and fly to 115 destinations throughout the United States, Canada, Mexico and Costa Rica, serving more than 44 million guests.

Under the leadership of Tilden and his team, Alaska is focusing on low fares, profitable growth of the route network, and creating an airline people love. The airline has been named Highest in Customer Satisfaction Among Traditional Carriers in North America in the J.D. Power North America Satisfaction Study for 11 consecutive years. Alaska also was named Best U.S. Airline in the Cond Nast Travelers annual 2018 Readers’ Choice Awards.

The airline prides itself on giving back through philanthropy, community service and environmental stewardship. Alaska led all 13 major U.S. carriers as the most fuel-efficient airline operating in the United States for the past five consecutive years, outperforming the least fuel-efficient carrier by 25 percent. Alaska Air Group is a Fortune 500 Company and is among the nations most profitable airlines.

Tilden has been ranked among the Top 50 Corporate Leaders in America by Fortune magazine, named Executive of the Year by the Puget Sound Business Journal and honored by the Boy Scouts of America as a Distinguished Eagle Scout.

Tilden serves on the boards of the Washington Roundtable, Nordstrom, Boy Scouts of America, Seattle Chamber of Commerce and Airlines for America.

A Seattle native, Tilden grew up a few miles from Seattle-Tacoma International Airport, where he developed an early love of aviation. He holds a commercial pilots license and enjoys cycling and outdoor time with his family in the Pacific Northwest.