We are giving away a pair of tickets to Issues @ Crystal Ballroom on November 18. To win, comment on this post why you’d like to attend. Winner will be drawn and emailed November 15. 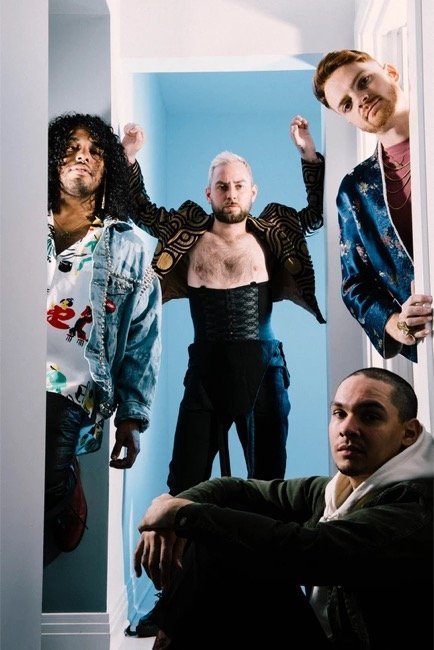 ISSUES is one of the 22 Artists Shaping the Future of Rock, alongside Foo Fighters, Twenty One Pilots and Fall Out Boy, according to legendary tastemaker Kerrang! Artist of the Year, Best Vocalist, Best Bassist, Best Live Band (AltPress) and Best New Talent (Revolver) winners and nominees, the celebrated Atlanta quartet deliver on the momentous hype with their third genre-bending album, Beautiful Oblivion.

Tyler Carter boasts the vocal chops of a self-made Shawn Mendes or Chris Brown, delivering earnest odes to lost love and redemptive determination, strengthened by the catchy crunch of guitarist AJ Rebollo. The pair’s sensibilities coalesce beautifully together with the fluid enchantment of bassist Skyler Acord and drummer Josh Manuel, the resulting magic the inevitable result of their collaborative chemistry.

Soulful R&B hooks, neo nü-metal bounce, prog-rock smarts and active rock might swirl together in passionate ceremony, bridging the gap between the theatrical shimmer of The 1975 and the heavy syncopation of Meshuggah with energetic ease. Hints of classic funk, jazz-fusion and modern pop-rock swagger weave between pulsating rhythmic punch and guitar driven riff rock, without a moment of incoherence. ISSUES have mastered the art of the mash-up, a genre unto themselves.

An international touring act (with appearances at major festivals like Reading and Leeds; a Wembley Arena gig supporting Bring Me The Horizon) and a Warped Tour staple, ISSUES have built a connection with a diverse audience through relentless touring with contemporaries like BMTH, I Prevail, Of Mice & Men and Beartooth. Roughly three years before the release of Beautiful Oblivion, Headspace was the No. 1 Alternative Album in North America, following on the heels of the band’s self-titled debut, which cracked the Top 10 on the Billboard 200 in February 2014.

After what seemed like a nearly insufferable wait to the band’s fans, ISSUES unleashed the first taste of their third and most definitive album, Tapping Out, which quickly amassed a million streams on Spotify in the U.S. in a matter of days.

Tapping Out takes its place alongside ISSUES anthems like “Mad At Myself” (13 million Spotify streams), “Coma” (10m) and “Never Lose Your Flames” (8m). Combined versions of “Hooligans” earned over 12 million views on YouTube, while music videos like “The Realest,” “Home Soon,” “Stingray Affliction,” “Princeton Ave,” and “The Worst Of Them” pushed the band’s total YouTube views past 60 million.