We are giving away a pair of tickets to JB Smoove @ Revolution Hall on November 1. To win, comment on this post why you’d like to attend. Winner will be drawn and emailed Monday, October 28. 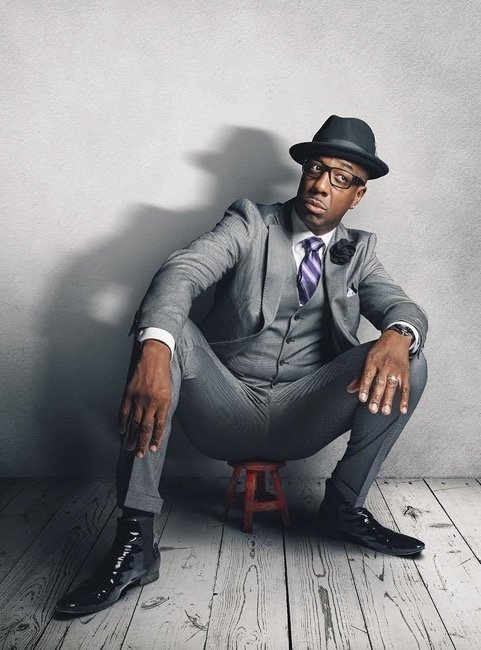 Born in Plymouth, North Carolina and raised in Mount Vernon, NY, Smoove is a gifted writer, comedian and actor, who continues to entertain audiences all over the world with his unique brand of comedic funk.

His breakout role on “Curb Your Enthusiasm” as Leon has firmly planted him as one of the best comedic actors today.

He began his career in 1999, when he moved to Los Angeles and landed a recurring role on MTV’s “The Lyricist Lounge Show,” as well as featured guest spots on “The Chris Rock Show” and “Premium Blend.” This led to his first big feature film, where he narrated and starred in the cult classic “Pootie Tang,” reuniting with Rock. Smoove subsequently followed this up with a co-starring role opposite Adam Sandler in “Mr. Deeds.”

After a season as a cast member on the sketch comedy program “Cedric the Entertainer Presents,” Smoove moved back to New York City where he landed a writing position on NBC’s “Saturday Night Live.” He later was a recipient of the 2007 Writers Guild award for “Best Comedy/Variety Series” for his work on the show.

In the standup and acting worlds, Smoove has been featured on “Tough Crowd,” “Jamie Foxx Presents: Laffapalooza,” “Saturday Night Live” sketches and recurring spots on “Late Night with Conan O’ Brien,” “Everybody Hates Chris,”“’Til Death,” “Bent,” and “The Real Husbands of Hollywood.” Recently, he was seen as host of NBC’s “Last Comic Standing,” the Comedy Central standup series, “Russell Simmons Presents: The Ruckus,” and shot his own one-hour stand-up special, “JB Smoove: That’s How I Dooz It” for Comedy Central. Smoove also hosted the 2012 CLIO Awards, which celebrates the world’s best commercials on NBC. He co-starred in the CBS comedy “The Millers” and is launching season three of his show “Four Courses with JB Smoove” on the MSG Network.

On the big screen, he appeared in “Date Night” with Steve Carell and Tina Fey and the Farrelly Brothers directed comedy, “Hall Pass,” as well as “The Sitter” with Jonah Hill, “We Bought a Zoo” featuring Matt Damon and “The Dictator” opposite Sacha Baron Cohen. Most recently, he appeared in Chris Rock’s movie, “Top Five.”

Smoove’s unique comedic voice has also been put to good use in animation where he did a voiceover for a role in both “Ice Age 4” and “The Smurfs 2”.

Smoove’s talents extend to other areas in the entertainment business. He has a development deal to create his own series in partnership with director Shawn Levy, whom he met and worked with on “Date Night.” He also expanded his comedy empire with the launch of “The Ruckus”, a comedy-based website focused on original and branded comedy content.

Smoove is a car enthusiast, loves pool, is an avid sports fan and a proud supporter of the Mt. Vernon Boys and Girls Club. He currently resides in Los Angeles with his wife and teenage daughter.