We are giving away a pair of tickets to Hiss Golden Messenger @ Aladdin Theater on October 9. To win, comment on this post why you’d like to attend. Winner will be drawn and emailed Friday, October 4. 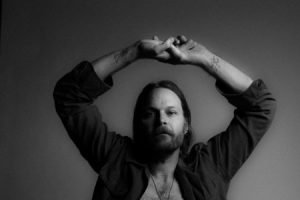 Hiss Golden Messenger of Durham, North Carolina, a vehicle for singer-songwriter M.C. Taylor, calls up a wide spectrum of American vernacular music — from Archie Brownlee to the Staple Singers, and from singer-songwriters Van Morrison to Townes Van Zandt. After relocating from California to North Carolina, Taylor began to record material under the name Hiss Golden Messenger. Though his initial recordings featured only his voice and guitar recorded to a cheap cassette recorder, recent Hiss albums have incorporated horns, strings and choirs. “(Taylor’s) songs are smart and complex enough to betray a bigger and more insane question: What makes a person happy?” — The New Yorker