We are giving away a pair of tickets to Cornelius Performs Point @  Revolution Hall on September 29. To win, comment on this post why you’d like to attend. Winner will be drawn and emailed Friday, September 27. 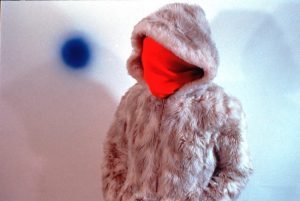 Cornelius is the brainchild of Japanese multi-instrumentalist Keigo Oyamada. Performing musician since his teens, Oyamada created his creative alter-ego (the name is an homage to the Planet of the Apes), in the early 1990’s from the ashes of his previous project, Flipper’s Guitar.

With the 1997 release of Fantasma, Cornelius gained international recognition for his cut and paste style reminiscent of American counterparts Beck and The Beastie Boys and was released internationally by Matador Records. Being called a “modern day Brian Wilson” for his orchestral-style arrangements and production techniques, Cornelius subsequently became one of the most sought after producer/remixers in the world, working with artists ranging from Blur, Beck Bloc Party, and MGMT, to James Brown.

With 2002’s Point, Cornelius’ music took a quantum shift, going from sampling “found sounds” to looping organic elements, creating lush soundscapes. Using water drops as the rhythmic backbone of “Drop” to his vocoder-infused cover of “Brazil,” the album dazed and amazed fans and set the path for the next phase of his career.

2007 brought this philosophy to an even higher level with the release of Sensuous. Cornelius live shows are known the world around for its spectacular visuals (all perfectly synchronized to the performance), custom lighting that doesn’t simply augment the performance, but becomes another instrument within it, and a full band of equally talented and diverse players.