We are giving away a pair of tickets to Summer Salt @ Aladdin Theater on August 11. To win, comment on this post why you’d like to attend. Winner will be drawn and emailed Monday, August 5. 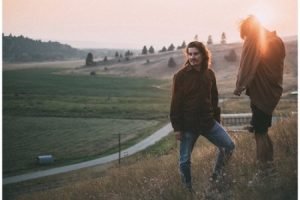 Self deemed “coral reef rock”, Summer Salt delivers a retro blend of bossa nova and 60’s oldies pop. Growing up in Dallas, TX, Matt Terry (vocals and guitar) and Eugene Chung (drums) started the band in high school, then reunited in 2013 after moving to Austin, TX.

Since then, Summer Salt has released 3 EP’s: Driving to Hawaii, Going Native and So Polite, gaining a cult following through touring and a personable internet presence. All three EP’s have sold out their vinyl, cassette and CD releases.

Summer Salt’s newest album, Happy Camper, is OUT NOW! All profits from the album will be donated.

Dante Elephante
A music writer once criticized Santa Barbara while taking a stab at another band from the city by saying, “since it’s near wine country rather than Orange County, it lacks the stifling suburbia that can generate great punk music as a response.” Generalization or not, this statement rang true for Ruben Zarate, singer and songwriter of Dante Elephante, spending his formative years surrounded by peers whose tastes didn’t deviate much from the local college party bands and Cali-reggae that has long defined the musical landscape of the town. Add to that the fact that Zarate is actually from the far less know neighboring town of Goleta, the proverbial “other side of the tracks” defined by a hazy boarder of diminished opulence. Goleta certainly lacks the affluence referenced in the aforementioned critique, and is best exemplified by the Blue Skies trailer park, who’s sign is memorialized on the cover of the Atari’s“Blue Skies, Broken Hearts” record.”