We are giving away a pair of tickets to Marc Maron – Hey, There’s More Tour @ Revolution Hall on August 10. To win, comment on this post why you’d like to attend. Winner will be drawn and emailed Monday, August 5. 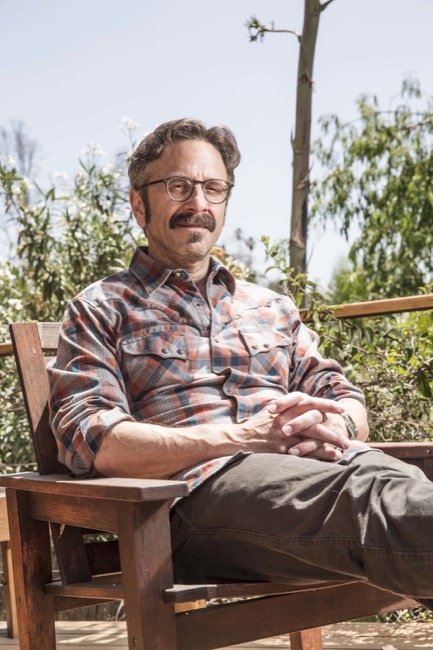 For over thirty years, Marc Maron has been writing and performing comedy for print, stage, radio, online and television. Best known for his hit landmark podcast, WTF with Marc Maron, he has interviewed iconic personalities such as Conan O’Brien, Robin Williams, Keith Richards, Ben Stiller, Julia Louis-Dreyfus, Lorne Michaels and former US President Barack Obama. It has become a worldwide phenomenon: averaging six million downloads each month, with over 450 million lifetime downloads.

Maron currently stars in the hit Netflix original series GLOW, alongside Alison Brie and Betty Gilpin, and his critically acclaimed half-hour scripted television series Maron aired on IFC and can be found on Netflix. He also stars in upcoming movie The Joker alongside Robert De Niro and Joaquin Phoenix, and in upcoming crime drama Wonderland, alongside Mark Wahlberg.

Maron has also appeared in guest roles in the series Girls, Louie and Joe Swanberg’s Easy, and can be seen in the feature films Get a Job and Mike and Dave Need Wedding Dates. He released his stand-up special Thinky Pain on Netflix in 2013 and as an album in 2014. His next special, More Later, premiered on Epix in December 2015. Maron’s most recent stand-up special, Marc Maron: Too Real, was released in 2017 on Netflix.